Dwayne Johnson wasn’t always People’s Champ, or The Rock, or the hottest man alive, or the world’s most famous actor on social media, or the world’s best-paid actor. He was just a kid growing up in Hawaii who didn’t have much. So, he was finding ways to survive that weren’t always entirely legal.

But Rampage and Skyscraper superstar has those days far behind him. Now he is trying to show his daughter Simone what kind of a man was he, and which roads she should never take on. The Rock told Simone: “Growing up as a teenager in Hawaii, I used to get in trouble a lot, doing things I shouldn’t have been doing.” He also mentioned that he was arrested on more than one occasion.

While filming Jumanji: Welcome to The Jungle Dwayne took his daughter to show her the places where he made some decisions that weren’t right by any standards. His story, even as a criminal one, has a dose of innocence. Ballers star said: “Midway point to the gym is a 7-Eleven. I used to stop at this 7-Eleven. I swear to God, every day. I used to steal a king-size Snickers bar — for energy.”

He needed these Snickers bars he stole only for energy for his workouts. Always a hard-worker Johnson made few mistakes but only with a goal to become successful. Today he can joke about it, even if it was a dangerous thing back then: “It wasn’t a sophisticated model I was working with.” 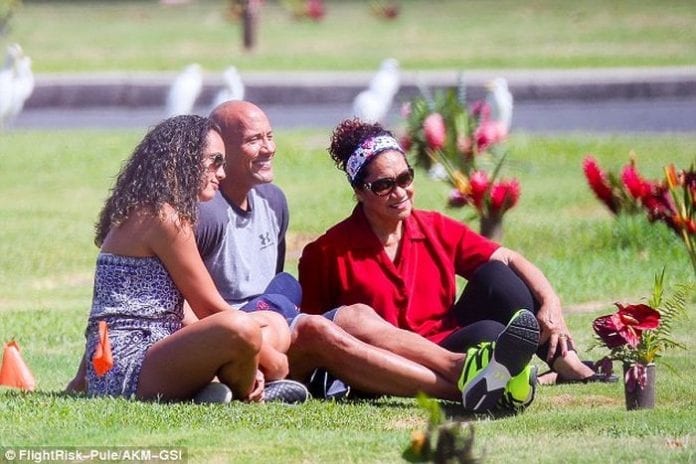 The Fate of The Furious actor wanted to show his daughter that same 7-Eleven while Jumanji was filmed. The plan was to buy a Snickers bar and to pay $500 for it in order to surprise the cashier. But that didn’t happen because that place is not what it used to be, and some shady persons were in its vicinity. He was quoted saying: “It’s so sketchy now, so we did not go in.”

Even with a beginning like this, Dwayne Johnson made it up to the top. The movie he was filming when he gave a lesson in Hawaii to his daughter Simone grossed more than $930 million at the worldwide box office. And many of his projects are on the way. Some of them will bring him a record paycheck, but more on that here.