There is a lot of rumors about Diablo 4, and Blizzcon 2016 has ended leaving the fans on the edge of their seats, as this game is still non-existent. Now, the focus switches to Blizzcon 2017 where a surprise announcement is expected, but the Diablo 3 remake is probably what is coming. There is no Diablo 4.

The original Diablo was launched 20 years ago, and all of the fans looked forward to Blizzcon 2016 to hear some amazing news about a sequel or even a release date of the new game, but only a remake of the original game was introduced together with the Necromancer – a new class for Diablo 3. Gio Hunt, the EVP of Corporate Operations at Blizzard talked about the hype for Diablo 4 and here is what he said:

“We are very happy with the Diablo 3 universe, and we continue to produce a lot of free content for it. And now soon, we’ll have the Necromancer, a whole new character class being introduced, some time probably middle of 2017 – we don’t have a specific date on that yet.”

Furthermore, he told TrustedReviews: “And so we continue to have a very vibrant community around Diablo 3, and of course there’s always talk about Diablo 4. We didn’t announce anything today; we’re not ready to announce anything about that. But we love the Diablo franchise as much as any of the other universes, and I’m sure at some point we’ll see something like that.”

Here are previous releases of the popular game: The original Diablo was launched on December 31, 1996, with the Hellfire coming out on November 24, 1997. Diablo 2 arrived three years later on June 29, while the Lord of Destruction came out on June 27, 2001. The last iteration, Diablo 3 was launched on June 7, 2012, and it was followed by the Reaper of Souls on March 25, 2014. As you can see there is no pattern, but there are huge gaps between the Diablo games releases, while expansions come out really quickly. Blizzard is currently focused on remaking the original game and adding a new Necromancer class to Diablo 3, so it will be a while before we see Diablo 4.

Some rumors indicated that new game would be launched at Blizzcon 2016, but that, of course, didn’t happen. Blizzard has always revealed Diablo titles in Europe and Blizzcon is in Anaheim, California. In 2008, the lead designer for Diablo 3, Jay Wilson said: “We’re looking out ahead of time at what our expansions are going to be.” This statement remains the topic since the expansion is plural, which can imply that there will be more additions for the third installment.

If you are into this franchise and you keep tracks of rumors and speculations, you should know what Diablo 4 dice conspiracy is. Some people believe that it is a coincidence and some others disagree with such statements, but analyzing it is like trying to squeeze blood from a turnip. The Blizzcon 2016 goodie bag contained dice which is uncharacteristic with a non-conventional number of sides. One of them had four sides, and its short name was D4, which caused people to believe that this was the hint that Diablo 4 would be launched.

On the standard D4, there are three numbers on each side, but whichever way it lands, you get the same bottom row of numbers. Blizzard’s D4 is unusable because of a misprint, and only two sides match up. For example, on one side you will see numbers such as 1-1-4 rather than 1-1-1, and you might think that the release date of the upcoming game is November 4. This is probably Blizzard just trolling fans.

There are no concrete details about the new game, but here are some speculations. Several Blizzard’s job postings refer to an “unannounced project” that is located in the “Diablo universe.” This is not the guarantee that Diablo 4 will be launched soon, but it is a hint that the team is developing something. Moreover, there is a rumor according to which Bill Roper, VP/GM at Disney Interactive Studios returned to Blizzard in order to help with the development of the sequel. Even though he worked for the first and second iteration, he confirmed that he is not coming now. David Brevik, the co-founder of Blizzard North and the lead Diablo programmer also confirmed that he would not work on Diablo 4.

When is Diablo 4 going to be launched? State your opinion in the comment section. 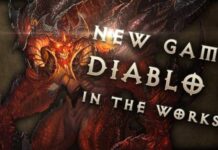 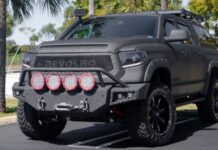