Although there were many indications that the new version of Diablo will be made public sometime in 2016, Blizzard Entertainment has not yet given any official announcements. Fans of the popular game were hoping that they would receive some news in November, but they will have to hold their horses just for a little bit longer.

In order to completely redesign the game for the fourth installment, Blizzard Entertainment would need to start bringing on board new personnel, and the rumor has it that this is precisely what they are doing. Moreover, a little Blizzard’s game with dices also called “Dice Conspiracy,” has led the gamers into thinking that the announcement day would be on November 4, but no such luck.

On the other hand, the important question that can be posed is whether this extension will be seen in the form of a simple new addition to Diablo 3 or as a completely new, separate game. For instance, if we take a look, some of the additions firstly conceived to be a part of Diablo 2, later ended up as an isolated section. Diablo 3 has already brought many novelties regarding the legions of the dead or some armor and weapon features, and for this reason, everyone is looking forward to seeing what Diablo 4 has in store.

For the time being, some new features which were incorporated in Diablo 3, such as Shrouded Moors and Temple of the First Born, keep the game on its feet as they were met with the approval of the audience. Almost three years have passed since Diablo 3 was released (2014), so the impatience of the passionate gamers is justified to some extent. It only remains to see what changes and innovations the year 2017 may bring for Diablo 4 and if this will be another great Blizzard Entertainment hit. 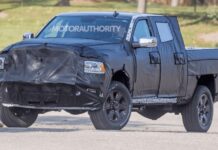