Opptrends 2021
Home Sport Dez Bryant Is Another Victim Of NFL

NFL was in disorder last year, and now the league wants to do whatever it takes to keep things under control. Off-field distractions will remain outside of the field as it stands right now. Ask Dez Bryant about it.

During the 2017 NFL Season, the main issue that league was facing was the anthem kneeling. This started when San Francisco 49ers QB Colin Kaepernick began to kneel during the anthem protesting against police brutality against minorities. This became a national problem which Donald Trump had to address in the end. But because all of that, the ratings started to dip and NFL decided to end it once and for all.

Kaepernick, a quarterback who a few years ago led a team to Super Bowl, now can’t find a job even as a backup. His teammate Eric Reid is a former Pro Bowl safety who is only 26 years old and jobless. Anthem protests are not welcome, and these two are paying the price for it. Now, the anthem protests seem to be over; the league is adamant to remove all types of distractions. 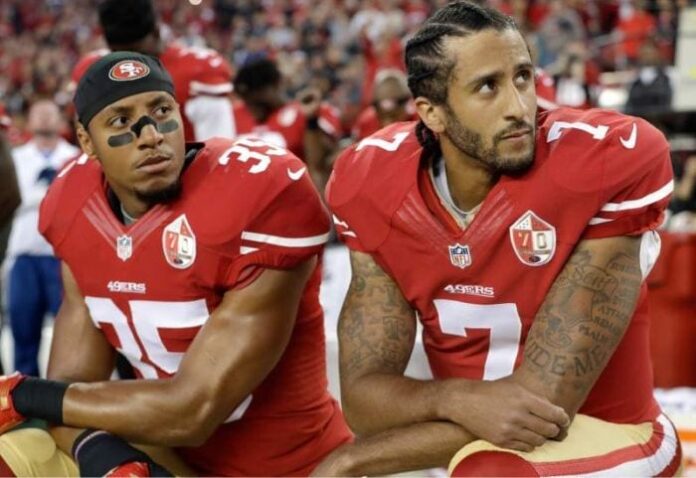 Is Dez Bryant a distraction?

Former Dallas Cowboy receiver was one of the best WRs in the league in 2012-2014. But as soon as that run of form ended all that remain of him is his off-field behavior. He’s an emotional player. A sword with a double edge has served him well in the past, but now it’s seen as a distraction. The NFL no longer wants his actions and comments. They became unwanted after he became just an average WR. Criticizing your former employer after you get fired is not a smart thing to do in the NFL.

Everything he did was tolerated because he was excellent in football. Now, that he is a shadow of his former self no team wants him. They don’t see his ability only his baggage. He’s past his prime, for sure, but there’s still juice in his legs. It’s just that no one wants to take a risk with him. His off-field actions and comments are something which is no longer wanted in the NFL. The league is making an example out of him. There’s no other reason why no team signs him. He’s not as good as he was, but for a veteran minimum, he’s as good as they get.