If you plan on selling or even throwing away your old computer, it would be advisable to clear all the data from your hard drive first. But, as you are probably already aware, right-clicking and deleting the files isn’t enough. Recycle bin won’t wipe the slate clean, and if your hard drive ends up in the hands of someone skilled enough to retrieve deleted data – they could easily get it all back.

So, what do you do? If simply deleting the files won’t do you good, what else is there to do? Well, there are actually quite a few things you can do. Some of these will be a lot more fun than others, some will be tedious, but what we can assure you is that all of them will be very effective at destroying the contents on the HDD, as well as the drive itself. Let’s begin!

Wiping The Data Of Your Hard Drive

If you are planning on selling your drive, destroying it is out of the question. Therefore, we’re going to have to go over efficient ways to completely wipe the data in order to prevent someone from retrieving and accessing it later on and you can view more at this example.

This will be very boring and time-consuming, and we really don’t suggest you do it because there are a lot better ways to wipe your drive clean, but one of the ways to prevent anyone from ever accessing your data is overwriting it with new, useless data.

Data-wiping software is the way to go if you want to completely wipe your data from the drive. Most of these programs will essentially do the exact same thing we’ve just described, only much, much faster.

If you’re a Windows user – you have two options. You can either use built-in Microsoft software that will completely wipe your drive clean, leaving only bare Windows on the drive (Windows 8.1 and above have this feature), or you can download a data-wiping software from the web.

As far as third-party data-wiping software goes, there are both free and paid software, although we really don’t see the need for you to pay for software that does exactly the same thing as the free one. So, don’t pay for it – just use something like Disk Wipe.

Now, let’s move on to the fun stuff.

Put your headphones in, play some heavy metal and grab an axe because we’re about to go hard on these drives. No, we’re just kidding. Smashing the disk won’t work all the time. Therefore – not a viable option. If you really do a number on it, then, fine – but unless you really destroy the plates, there’s no guarantee.

Also, magnets and dunking the drive in water doesn’t work. And, please, don’t microwave the drive. You won’t destroy the drive, but you will probably blow the microwave and possibly set your kitchen on fire. Instead, do one of these things.

If you don’t have the time or tools to destroy the drive on your own and you want to make sure your old drive doesn’t pollute the planet even further, you’ll be pleased to know that there are companies like erecycler you can turn to. Companies like the one we mentioned specialize in disposing of e-waste in an eco-friendly manner, but what they also do is guarantee the safety of your data. Some of them will even shred your drive right in front of you, so you don’t have to worry about what’s happening behind closed doors.

One of the best ways to ensure that no one will ever be able to access the data on your drive is to drill holes in it. There are two not-equally-fun methods that you try. One is pretty neat and straightforward, and that’s simply drilling holes using a drill. It’s satisfying and efficient, and you drill as many holes as you want.

The other method might be slightly more fun, but we urge you to wear safety gear. This one includes nails and a hammer, and a little bit of brute force. The effect on the drive will be the same, but the effect of hammering down on a nail could just be therapeutic after a long, hard day at work.

Before we dive into this method, we have to say that we don’t recommend you do it. While it is more than efficient, it is not healthy, to say the least.

So, we’ve already said that a microwave is not an option, but what about a bonfire? Well, that will work, and so will a blowtorch. Basically, anything that produces high heat should do the trick. However, burning the drive will release fumes and toxins that are not only bad for the environment but are also very bad for your health. Therefore, we really wouldn’t suggest you do this.

Acid is another highly efficient way to destroy your hard drive and make it impossible for anyone to ever access the data on it, but once again – we wouldn’t suggest you do it. Acid, just like fire, will result in a release of toxic fumes and gases, so unless you have proper protective gear at your home – you really shouldn’t resort to this.

As far as acid goes, common household chemicals like diluted hydrochloric acid should easily do the trick. If you do decide to resort to acid – please don’t do it indoors. Always dissolve the drives out in the open where there’s proper airflow.

Final Thoughts – The Best Way To Destroy A Hard Drive

With all that being said, we’d say that the best method to destroy your hard drive is to recycle it. If you don’t have a recycling plant near you, then the second best and the most fun way to destroy your HDD and any data on it is by using a combination of data-wiping software and physical damage. Just wipe the data from the drive using a data-wiping program, and then grab a drill and poke a few holes in it (even one should do the trick), and you’ll be all set. 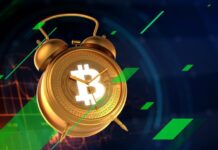 How Long Would It Take For One Computer To Mine A Bitcoin? 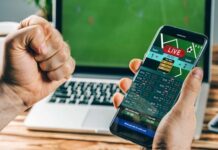 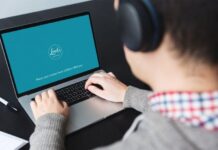 Why Software Programmers Use Mac For Development