Individuals that have played video games on both computers and consoles know that there is a wide range of differences between these platforms. And, if you recently started playing Destiny 2, a game that is available on PCs and consoles, you might be wondering which option is better.

1. The Graphics Are Different

If you’re used to 30FPS, it’ll be quite difficult for you to understand how incredible a shift to 120FPS is. So, if you’ve played Destiny 2 over your PC, you should know that switching to a console – PS4 – will be like selling your PS4 and exchanging it for a PS3. What does this mean exactly? Well, basically, after you’ve played with 120FPS, playing on a console will simply be devastating and daunting, especially since a lot of people say it’s like they’ve been experiencing vision problems.

After I’ve played the game on my PS4 instead of PC, it actually felt like I had motion sickness, which is, of course, bad and this is exactly why I opted for playing the game solely on my PC. Nonetheless, there is some good news, upgrading to a PS5 or a newer Xbox device will most definitely resolve this particular issue, hence, if you’re thinking about purchasing it, Destiny 2 won’t be difficult to play.

2. It’s Easier to Aim on a Controller

The frame rate and graphics are different, however, another thing that you might notice when you make a switch from a controller to a mouse and keyboard – or vice versa – is that aiming will be more daunting. In fact, when I made this switch, I quickly realized that I really depended on the aim assist feature, which is, of course, something that made it easier and simpler for me to eliminate a wide range of enemies quickly.

With a mouse and keyboard, I realized how lazy I got with my skills, especially since it’ll require more focus. On a console, you simply see an enemy in front of you, you aim, and blast them away. But, with a mouse and keyboard, you have to focus on the enemies more, hence, it might be a bit more difficult for you to eliminate enemies at first. But, if you’re up for it, you could work on your aiming skills in order to play Destiny 2 on your personal computer.

3. The Movement is More Daunting on a Controller

I really, really didn’t like how my in-game character moved when I controlled him by using a controller. In fact, when I made the switch, I quickly realized how easy everything was when played with a mouse and keyboard, and the same can be said for the in-game movements. The instant run and radius, the ability to slide and shoot at the same time, a quickly swapping weapons are only some of the things made easy with an MnK – which is probably why a lot of people that use PCs are ranked high.

All of the things we’ve mentioned above are more daunting with a controller, which suggests that it’ll cause you to probably make some mistakes that could cause you to lose. Basically, for me, the game feels quicker on a PC and it isn’t only because of the MnK. Special moves like Titan Skating are simply better on a PC because the frame rate is always higher, thus, it’ll be easier for you to perform the movements needed.

4. Considering The Weapon Meta is a Must

If you don’t know what weapon metas are yet, you might want to check out https://destiny-2.com for more, overall information about the game.

Nonetheless, since the game moves quicker, sidearms on computers aren’t as reliable as they are when playing on a console. For instance, when playing on a PS4, it’ll be simpler for you to close in on an enemy with a shotgun, meaning that they’ll simply be more potent.

However, pulse rifles are better on a computer. How is that possible? Well, it’s simple to understand – the TTKs are more realistic on this platform, mostly because of the low recoil. Thus, Cold Denial, Vigilance Wing, and other options are deadly when playing on PCs. Why? Well, the outrange of the autos will provide you with more space for the pulses, thus, you’ll be able to eliminate enemies in an easy way.

5. Cheating is Made Easy on PCs

If there is one thing I hate about playing this particular game on a PC, it’s that cheating is made extremely easy. So many people choose to cheat, that I almost gave up playing the game at one point. For example, while I was finishing some quests, I noticed that other players can literally see where I’m at, even if I was really well hidden. Thus, as soon as I popped my head around a corner to take a glimpse of the environment, BAM, I got killed by a sniper headshot.

Although there are several methods for determining whether or not someone is cheating, there are also ways that you simply cannot tell this, especially if someone moves and shoots really well. Nonetheless, there are various guides and tutorials that can explain how to tell if someone is cheating in the game, hence, if you want to be able to spot cheaters easily, ensure that you take a look at those guides and tutorials.

As you were able to learn, there is a wide range of differences between playing Destiny 2 on a personal computer and a console such as PS4, PS5, and Xbox. But, since you now understand what those differences are, you can determine which platform is more suitable for your gaming style, and more importantly, the skills you have.

Since you now know more about both options, you really shouldn’t read more articles on this topic. Instead, you can use that time on determining which platform you’ll use for playing Destiny 2, and from there, start enjoying the fun, diverse, and visually mesmerizing video game. 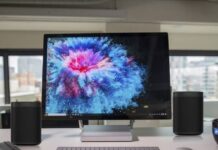 Can you use Sonos Speakers for your PC – 2022 Guide 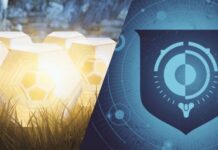 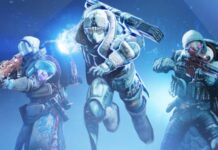