Opptrends 2021
Home Entertainment Descendants of the sun Season 2 is coming out, but without Song...

Although one thing is known for sure, and that is – the drama Descendants of the Sun is going to return for its second season, the fans are not completely happy as their beloved two actors Song Hye Kyo and Song Joong Ki will not be a part of it. And the sequel is supposed to start off sometime during this year. According to reports, it’s initial storyline will be completely dismissed, the writer Won Seok explained this by saying, “the story has been told.”

A representative from NEW has apparently released an official information that Descendants of the Sun 2 Is currently in the process of making and that it will come out in 2017. The name of the series for its season 2 will remain the same despite all the changes that are planned to be done.

The rumor has it that the new storyline of the series will be similar to the American crime drama Criminal Minds. But the fans are still hoping that the storyline will include Song Hye Kyo and Song Joong Ki.

But, as we’ve already mentioned, as the writer Won Seok stated, “the story has been told.” This suggested that we are not having a good foundation for this belief and that one chapter of this show is over.

But the rumors about these two not being in the series anymore are circulating ever since both of them said they were busy with some other commitments. But, even though we don’t get to see them in DOTS, there is a possibility they will show up as a pair in some other projects.

And what is even more interesting, perhaps for the fans, is that these two might be in a romantic relationship for real. However, they aren’t giving any official information on the issue. Although they are perhaps trying to keep it undercover, they should be more careful as recently the couple was spotted on the street holding hands. This has only made the rumors stronger.

Will the show still be a huge hit even after these actors leave, it only remains for us to wait and see. 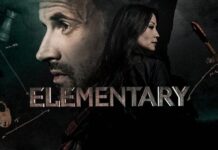