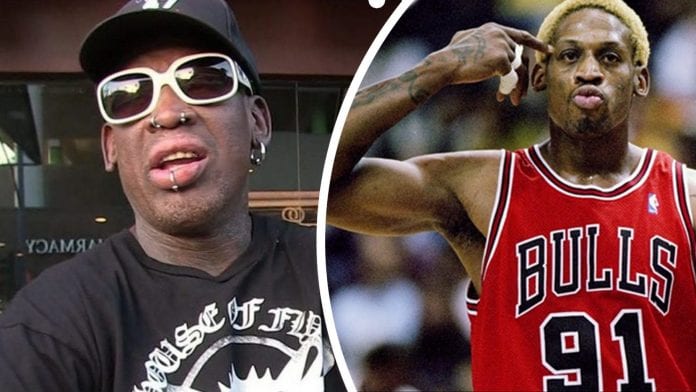 We know that Denis Rodman has always been a “bad boy,” but this time he might end up in jail after he was arrested on suspicion of DUI. All this happened on Saturday in Newport Beach, California, and police described a man “driving like a maniac and blaring music.”

To make things a lot worse, in 2016 this guy had a hit-and-run accident, and he is still on probation. As a result of that incident he received three-year probation, and with this arrest, he might be going to the jail to serve prison time.

It was also noted that Rodman was cooperative with police and Paul Meyer, attorney of the famous basketball stated: “Dennis is taking this seriously, and will take positive steps to address his personal issues. He appreciates the professionalism of the Newport Beach Police Department.”

From Darren Prince, Rodman’s agent we could hear that it is clear that Dennis had this type of problems in the last 17 years. According to him “He’s been dealing with some very personal issues the past month and we’re going to get him the help he needs now.”

Soon after this news broke out it was added by Prince that Rodman decided to go into rehab and checked into Turning Point Rehabilitation Center in Paterson, New Jersey, on Wednesday. He will deal with the issues that he has and will try to learn from this.

A few years ago he went to North Korea and was seen with the supreme leader Kim Jong-un. Soon after Dennis returned to the U.S., he went to rehab but didn’t stay long as he went out a month later suggesting that he does not have a problem.