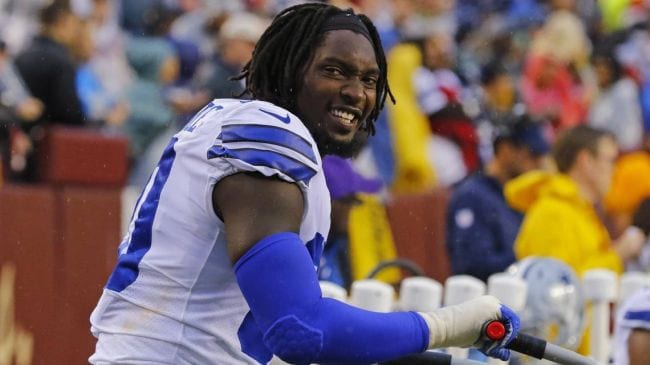 Dallas Cowboys are preparing to start the negotiation process with their DE DeMarcus Lawrence, and although they haven’t sat at the table with him, Lawrence already knows his worth.

According to Tom Pelissero of NFL Network, Lawrence’s signature won’t come cheap. What Cowboys best defender wants is $17 million per year. The first time that two sides are going to discuss the terms of a new contract will be in Indianapolis at the upcoming scouting combine.

If Lawrence gets what he wants it will be similar to what Olivier Vernon signed with NY Giants. The contract of Giants’ DE is a five-year $85 million penned in 2016. According to the same source, Lawrence has no issues with playing under the franchise tag as the sum he will receive for one year will be equivalent to what he wants yearly on a multi-year contract. 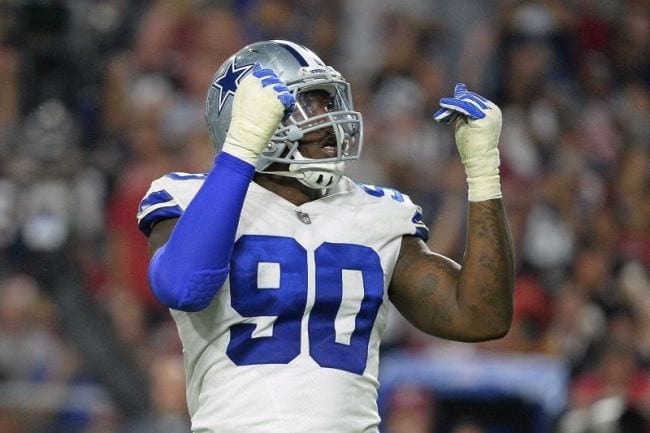 Last season was the best year in Lawrence’s NFL career. He finished 2017 with 14.5 sacks, four forced fumbles, and two recoveries. During his first three years, he had accumulated a total of 9 sacks. But, the start of his tenure with Cowboys was marked with suspensions and injuries. Due to both issues, he played only in 16 games during the three-year stretch.

Last season he played up to his potential, earning a Pro Bowl selection in the process. Unlike Vernon, his first years weren’t as consistent, which is something that Cowboys might use to lower his demands. Although they might look differently on Lawrence’s value, both sides expressed a desire to continue cooperation.

During the interview at Senior Bowl, Dallas Cowboys vice-president Stephen Jones said on DeMarcus: “Our first goal is to sign him to a long-term deal. To me, the only reason you use a franchise tag is to hopefully protect yourself if you can’t get a long-term deal signed that you like. That’s normally the route we like to go. Certainly, we’re going to roll up our sleeves and see if we can do something with DeMarcus without having a franchise tag.”

Last year Cowboys’ first selection in the draft was Taco Charlton who is an alternative if Lawrence doesn’t sign a long-term extension. But if Dallas squad wants to have a dominant pass-rush in the upcoming years, they will do everything in their power to retain DeMarcus Lawrence.