The shareholders of Dell (NASDAQ:DELL) formally approved the $24.9 billion leveraged buyout (LBO) offer by its founder and CEO, Michael Dell and Silver Lake Partners after a long battle against activist investor, Carl Icahn who strongly  believed that the proposal “greatly undervalues” the PC maker.

Mr. Dell and Silver Lake Partners will take the company private following the completion of the transaction. The shareholders of Dell will receive $13.75 in cash for every common stock they own plus a special dividend of $0.13 a share prior to the effective date of the merger.

Mr. Dell emphasized that he remain optimistic about the future of his company. According to him, Dell has a foundation in important segments of the technology industry such as cloud computing and big data.

“I am pleased with this outcome and am energized to continue building Dell into the industry`s leading provider of scalable, end-to-end technology solutions. As a private enterprise, with a strong private-equity partner, we`ll serve our customers with a single-minded purpose and drive the innovations that will help them achieve their goals,” said Mr. Dell in a statement.

The approval of the transaction is expected after Icahn accepted defeat and ended its fight against the leveraged buyout. According to activist investor, it is impossible to win against the Mr. Dell’s group after the board of Dell changed its voting rules. On the bright side, Icahn said, “We tried and at least have the solace to know that we got all the shelves, that’s another $600, $700 million in my calculation with the dividend, so we did the work the board should have been doing.”

Meanwhile, in an interview, Egon Durban, senior executive at Silver Lake Partners stressed that Dell is not a broken business, and according to him, acquiring the PC maker is not just having a beach but it is a “chance to own an island.”

Mr. Dell and Silver Lake is taking the PC maker private to be able to execute its turnaround strategy smoothly without some of the challenges of a public company such as the existence of prying investors who constantly measure the performance of the stock. A private Dell means they can afford to wait and take more risk if necessary without facing criticisms or opposition from shareholders.

Going private means Dell needs to assume new debt. According to Dell’s chief financial officer, Brian Gladden, the company can handle is debt obligations of approximately $20 billion. However, some people think otherwise or uncertain about it. Last Wednesday, the Standard & Poor’s downgraded the PC maker’s credit rating to junk status. The agency warned that it might be difficult for the company to invest in its business because of its new debt. Mr. Dell stressed that he is ready to invest more in the company he founded if necessary. 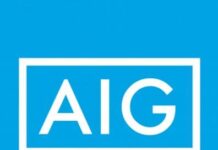 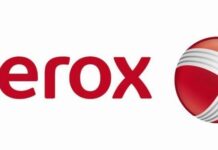