Hardly can we see some sequel movie which is better than the original one, or even at the same level as the original. That’s probably something Deadpool fans worry about these days. It took the whole eternity to make such a great superhero blockbuster movie in 2016, but it was worth the wait because the people who made it did a terrific job.

In some previous reports, there were some words that the writers of the original Deadpool won’t be coming back for the Deadpool 2, which would be a shame. However, now it seems that both Paul Wernick and Rhett Reese will be working on the new movie as well.

If we take a look at these facts on the Deadpool 2, we can clearly see that there will be exact the same people who wrote the marvelous script for Deadpool. This means that the sequel stands great chances to be a huge success or at least a great money spinner.

Some fans might have got scared by the fact that Goddard is a new member of the crew, but he is surely aware what he’s doing. We know that he delivered few really great movie scripts, he wrote both Cloverfield and The Martian. Moreover, he was responsible for bringing Daredevil to life on Netflix, and he worked on many other quite successful projects.

On the other hand, Tom Miller won’t stay for the next installment of the movie. Instead of him, David Leitch will be at the helm of Deadpool 2, the creator of John Wick.

To sum up, this is quite an interesting combination of people, and we are looking forward to watching Deadpool 2 on the big screen. 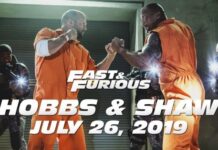 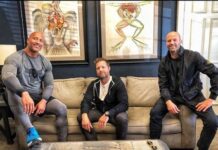