For the most of the first half in the Wild Card Weekend matchup between the Packers and the Giants, Green Bay just couldn’t move the chains against that New York defense. To make things even worse for the home team, they even lost their best wideout, Jordy Nelson. It really didn’t look good for the Packers.

Enter Randall Cobb and Davante Addams. Now, when it comes to Cobb, he is the one that we know what he can do. He has played some good consistent football during his tenure with the Packers. He and Rodgers do have a connection. But, when it comes to Addams, we have only seen some flashes of what he can do on a football field. He has had some good moments in the NFL, but he also dropped some catchable passes during his pro career.

Now, during this seven-game winning streak, Davante Addams has been a factor in this Rodgers’ offense. Nelson was still a go-to guy, but Rodgers was also looking for Addams a lot more. In that match against Seattle, Rodgers found Addams on an opening drive for a big gain and big touchdown hook up.

If Jordy Nelson is out and can’t go against the Dallas Cowboys, Addams will be the key for the Packers. Of course, they do need to run the ball well as that opens up the passing game, but still, their best shot at winning any duel is when the ball is in Aaron’s hands. When it is, he needs his wide receivers to step up. We know what Randall Cobb is going to do on Sunday afternoon. Packers need Davante Addams to perform too if they want to eliminate the best squad in the NFC. 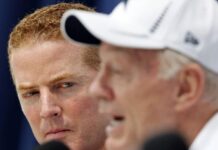 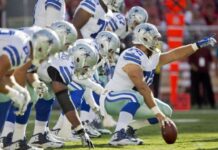