The Godfathers of the game are all back in action – Roger Federer, Novak Djokovic, and Rafael Nadal. Yet there is a strange feeling about the way that the men’s game has been going recently.

There’s been tons of hype about when the next generation of tennis players will break through the ranks, and there’s been plenty of questions asked. Questions such as, how much longer can Roger Federer maintain this level? Do Djokovic and Nadal still have the same dominance as they have had in previous seasons?

The Australian Open provides the ideal stage for these questions to be answered, and we can’t wait to watch it unfold. But besides the big three “Godfather’s” mentioned above, we have a feeling that there are a few dark horses for the men’s Australian Open title this year. If we should judge by the odds and speculations from the main bookies, Australian Open 2022 is going to be more exciting than ever before. (Click Here for the sports-betting guide for beginners).

Here is a list of five players to keep an eye on;

The young greek displayed time and time again in 2019 that he’s not afraid to take on the big three. And who could dispute that he’s a title contender, especially after he won the year-end championships at the O2 in London? His game is truly electrifying, and he’s able to generate significant power from both the backhand and forehand wings.

Besides his actual game, his mind-set is just something out of this world. He plays with great confidence, even against the big boys. He struts around the court like he knows that he belongs on the big stage, and this confidence will no doubt make him believe that he can win the Australian Open.

Speaking of significant power, Dominic Thiem is one of the hardest hitters on the entire ATP tour. It’s a wonder that the ball doesn’t catch fire sometimes when he’s on the court – well, maybe not that extreme! But truly his groundstrokes are absolutely formidable.

He’s been in some magnificent hard court matches in the past, most notably the five-set thriller at the US Open back in 2018 against Rafael Nadal. He may have come second in that game, but he showed to the world how capable he is on a hard-court. It’s quite funny really that people still refer to Thiem as the ‘Prince of clay’, almost boxing him in as a clay court player.

He’s not just a clay-court specialist, he’s a grand slam contender on any surface!

This ruthless Spaniard really set a name for himself in 2019. He made the semi-final of Wimbledon before losing to Djokovic, and he even missed his bachelor party in the process! He also beat Novak Djokovic previously, however, showing that he has the ability to beat the best in the world.

He’s much like Rafael Nadal in many respects since his ground-strokes are super solid and his mental strength is remarkable. Some tennis experts claim that his game doesn’t have enough weapons to win Grand Slams, but given some of his performances against the top three it’s hard to justify that claim.

Welcome to the world of enormous serving and pure Italian passion! Berrettini has a huge game, and on his day he really can beat anybody. He was a contender at the end of year master’s at the O2 in 2019, and while he didn’t qualify through the group stage, he showed to the tennis world what he is capable of.

This was a debatable listing, for obvious reasons. Nick is well, he’s Nick! He can be phenomenal one day and lousy the next. It just depends on what Nick turns up on the day. Yet with that said, nobody can deny the talent that he possesses on a tennis court.

And at the ATP Cup early January of this year, he displayed some emotional control that he just didn’t seem to possess previously. He wore his heart on his sleeve, and he even cut out the infantile behavior that we have seen with him before. However, he broke down after the game confessing it was really “tough to concentrate”.

One thing is for sure – if the right Nick turns up ‘Down Under’ he can steal the title away from the big three! 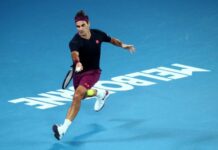 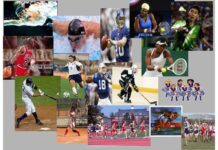 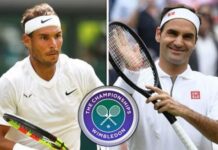 History of Roger & Rafa At Wimbledon