Shocking news hit us a few hours ago when we heard that bodybuilder Dallas McCarver, the boyfriend of WWE star Dana Brooke, has died. Soon after that, we could see a heartfelt message that Brooke posted on social media.

Brooke wrote “So here it goes, I’ll try & be short– aug 22 the lord received another angel, who happens 2 be my LIFE- MY Dallas the one WHO ONLY UNDERSTOOD ME! I can speak on the behalf of his family– the love and support you all are showing for him & us is OVERWHELMING!!”

She continued by saying: “Dallas would always tell me “just keep swimming his little pengutimous (hippo mixed with penguin)” he would tell everyone the same — just keep swimming, keep moving through life and he will be your angel above!! He had a way with making people laugh!! Dallas was an exceptional body builder, but I didn’t see him for that .. I saw him for HIM AND HIS HEART!! He is the best individual I have ever met– my ying to my yang.. finished my sentences and knew what I was thinking before I’d say it!! We had it all figured out – new WWE superstar “Big country” & “country strong” mixed tag team!!!”

“– you were my life , you are my life, I still smell u and feel ur presence, NEVER LEAVE MY SIDE — like I have always asked; and u said NO NEVER Mrs. McCarver — I had your back and I knew you had mine!! Your our angel– STAYED TUNED FOR A NONPROFIT I have started — and as well as a memorial service as details will be out soon!”

According to Brooke, McCarver, her boyfriend, was found in his home and he was unconscious. The 26 years old bodybuilder lived in Florida and later was pronounced dead at the hospital.

We still do not have all the details, but Dana stated that she believes that Dallas McCarver died of choking on food. WWE star had a conversation with McCarver prior to the unfortunate event, and he told her that he is preparing a dinner.

In that telephone call, the last thing he said to her was “I love you. Goodbye.”

Everything seemed ok that day as McCarver was doing his regular workout. Nothing indicates that there was some sort of foul play. Bodybuilding scene has lost a great man in so many ways. Dallas was well-known for his participation in Mr. Olympia, and in 2016 he finished 8th. 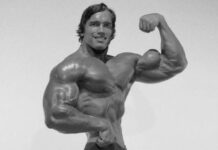 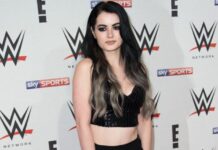 Big Superstar Will Return To WWE Next Week! 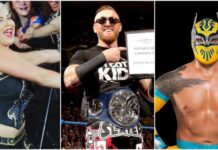 5 WWE Superstars That Could Be Released Next