Winning construction bids isn’t as simple as many would like to believe, and it takes a lot more work to secure a construction bid than just putting the best deal on paper, according to Dallas Nugent Canada based construction wiz.

On that note, we’ve decided to pick his brain and come up with some practical real-world tips on how to win these bids. And, sure enough, Dallas was more than willing to help us out by giving us some great advice. Here’s what he had to say.

Even though it might be tempting to bid on a lot of projects, according to Dallas Nugent, that is not something an experienced bidder would do. In fact, it’s the complete opposite of what an experienced bidder would do. Instead of bidding on every construction project, you have to pick your battles wisely. Be smart. The only thing you have to do is pick a handful of interesting, quality projects and focus your attention on those instead of wasting your time on the ones less worthy of your time and capital. If you approach biding in this fashion, we’re sure you’ll have no problems securing the projects you’re the most passionate about.

Believe it or not, but most bids get rejected on a technicality. Well, not exactly a technicality, but they get rejected not for the lack of quality and promise but for something as minor as a missing document. So, before you go on about submitting your official bid, go over your paperwork twice. To make sure you do everything right, create a checklist of sorts, and go through it, bit by bit, until you are absolutely certain that everything’s included. This will most certainly give you an edge over someone that hasn’t done the exact same thing.

3. Get Familiar With The Project

Bidding blindly can get you in a world of trouble, even if you end up winning the construction bid. Therefore, before you even bid on the project, make it your life’s mission, at least for the time being, to get as familiar with the project as possible. That includes visiting the site, going over plans, checking whether there could be any possible complications along the way and so on. Also, consult with the authorities to check if there are any legal requirements that you should know about. Only when you have done all that should you make a proposal. This way, you’ll be prepared for anything and will know exactly what the project holds in store for you.

4. Invest In The Right Tools

You are not the only person that will work on this project if you secure it – you know that. But aside from manpower, another thing that you should think about is possessing the right tools to handle the project even before you win the bid. Now, we’re not talking about equipment and heavy machinery you’ll need for the job because we’re sure you’re all over that. No. We’re talking about project planning and project managing tools like Sure-Bid, or some other, similar tool. By utilizing modern-day tools such as this one, you’ll be able to stay on top of everything within the scope of a project. By doing this, you’ll be able to accurately assess the situation and submit a bid that’s very unlikely to be rejected.

It’s easy to get overwhelmed by the potential of a certain project, and when that happens, people often make mistakes in their proposal, which means, even if they win the bid, they end up on the losing end of a bargain. That is why you should take your time estimating the costs of the entire project. Not only will this prevent you from making mistakes, but it will also allow you to understand just how much of a profit you could end up with. Your profit margins are arguably the most important factor in this business, no matter what anyone else says. After all, we’re all in the business of making money, aren’t we?

We all know that early bird gets the worm, but how exactly does that have anything to do with winning a construction bid? Well, it’s rather simple, really. The faster you can get your bid in – the better the chances of you going home with it. Now, we’re not saying you should have to rush things. You absolutely shouldn’t. But, you will have to learn how to be efficient and get in before everyone else. Submitting your bids early on can give you a significant advantage over your competition, even though, in theory, whether you submit your bid early or not doesn’t really matter. In practice, it does. A great bid early on can sway the odds in your favour, and that’s the truth.

7. Learn How To Make The Perfect Pitch

Bidding on a project is more similar to a sales pitch that people would have you believe. After all, you are trying to convince someone else that you’re the right man for the job, and that your services are the only ones that they’ll ever need. Contrary to popular belief, winning the bid isn’t solely about making the most sense financially. A lot more goes into it than just that, and unless you learn how to do the other part of the bid correctly, you will most likely miss out on a lot of potentially lucrative projects.

8. Stick To Your Niche

Finally, one of the best ways to make sure you win those bids is to do what you do best. Every contractor has its niche, whether that’s commercial or residential work, or perhaps even service work. Some operate regionally, some in the neighborhood, and some work all year round, while the others work during select seasons. Either way, whatever it is that you do – stick to it. Do what you do best. Once you make a name of yourself in a certain niche, projects will fall into your lap without you even having to bid for them.

Naturally, you’ll have to learn how to make bids properly, carefully inspect the RFPs and so on, but you already knew that, didn’t you? Hopefully, the tips we got for you will prove to be useful and helpful. Take care. 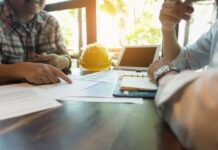 How to Set your Contract Price for Roofing Contractors