Dallas Cowboys don’t have a strict positional need before the 2018 NFL Draft. Because of this, they will probably pick the best player available from their board. They plan to wait and hope that quality prospect ranked in their top ten picks will fall because the teams picking before them are going after their positional needs. The most pressing position in Big D is a linebacker, but Cowboys can address this in free agency. Players such as Navorro Bowman are still available.

The upcoming draft is deep in quarterbacks and numerous teams scheduled to choose before The Boys will pick one. This will allow Cowboys to have a broad choice of quality players at their disposal at No19. Just like the rest of the league Dallas franchise have hosted numerous players before the draft. If one of them managed to impress the front office and coaching staff, it is possible that they already have a target set. From what we can conclude Cowboys have looked at players playing at defensive tackle, wide receiver, offensive lineman, and linebacker. The cornerback, tight end, safety, running back won’t be addressed in the first round for sure. 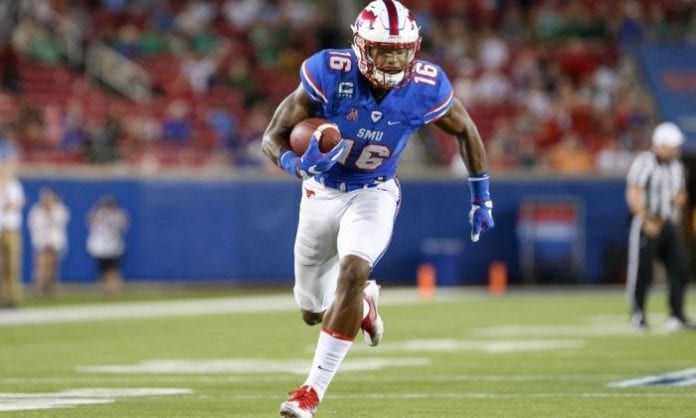 Now, from the positional group, Cowboys need linebackers. Rashaan Evans and Leighton Vander Esch could fall to No19. Roquan Smith will be gone before Dallas pick despite some medical red flags tied to his name. Moving to wide receivers, few players could be there at No19. Courtland Sutton is a gamble in the first round. Some analysts think that he’s a second-round player. Calvin Ridley and D.J. Moore are the players that America’s Team would love to fall to them.

O-line would benefit from the names such as Mike McGlinchey and Kolton Miller. Quentin Nelson is the best O-lineman in the class so he won’t be there for Cowboys to take. On the defensive side of the ball, clear-cut candidates are Vita Vea and Da’Ron Payne.

Truth be told, we can’t be sure who will Cowboys pick, but one fact could point the direction to us. Out of all Pro Days held in recent weeks, Dallas franchise showed the biggest interest at the one in Alabama. This means that they are hoping for either Ridley or Evans.