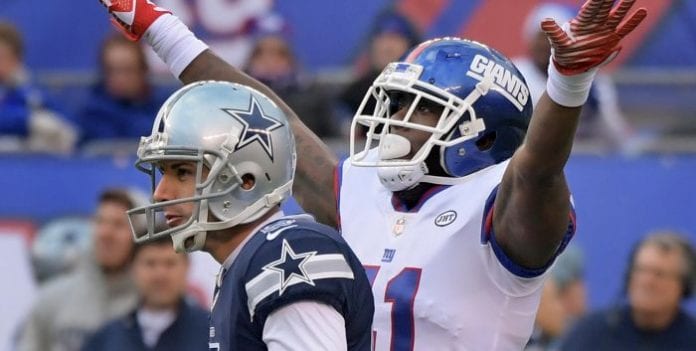 Dallas Cowboys were dormant in the first week of the free agency, but now they are one of the most active teams. Yesterday they made two transactions, bringing one player in and releasing the second one in the process.

Big D franchise signed a kicker/punter Brett Maher and waved goodbye to wide receiver Brian Brown. Maher was hired to add depth to Cowboys roster. The goal is to give more rest to first-team kicker Dan Bailey and punter Chris Jones during the offseason and training camp.

Brett Maher is a 28-years old kicker who played for Ottawa and Hamilton in the CFL (Canadian Football league) for the last four years. During that stretch, he averaged 45.8 yards on 368 career punt. His field goal percentage stands at 78.1%. Before CFL he was a college player at Nebraska. Interestingly he spent some time with America’s Team in 2013.

Brown is a practice squad player. He spent entire 2017, which was his rookie season, as a member of the practice squad. Now that Dallas Cowboys signed Allen Hurns and Deonte Thompson their receiving corps is getting a bit crowded. Someone had to be let go, and the choice fell on Brown. The release of this player might go unnoticed because Cowboys fans are more worried about the Dez Bryant situation.

In one of the recent interviews, Jerry Jones said that he plans to talk with Dez but that there’s no timetable for that meeting. While Jones seems relaxed with Dez issue, fans are going crazy about it. From stories of his release, pay cut, or trade (for OBJ or Gronkowski) nobody knows what is going to happen. All that is left is to wait and see.

Dallas franchise has the start of voluntary offseason program scheduled for April 16th. OTA’s (Organized team activities) begin on May 22nd. The dates for training camp are yet to be announced.