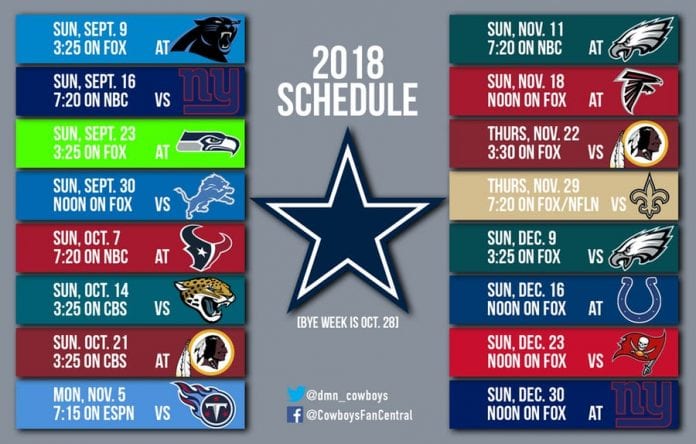 The NFL schedule for 2018 Season is here, and Dallas Cowboys will start the season away from Texas for the first time since 2012. The schedule was released last night, and now we know that Cowboys will play their first game of the year at Carolina vs. Panthers.

The first match of the season is a day game, but during the year, Cowboys will have many clashes during the prime time. Three of them will be broadcast on NBC’s Sunday Night Football, one will be on FOX’s Thursday Night Football, and one on ESPN’s Monday Night Football. First home clash is against New York Giants, while the Thanksgiving game is versus Washington Redskins. You can see the full schedule below.