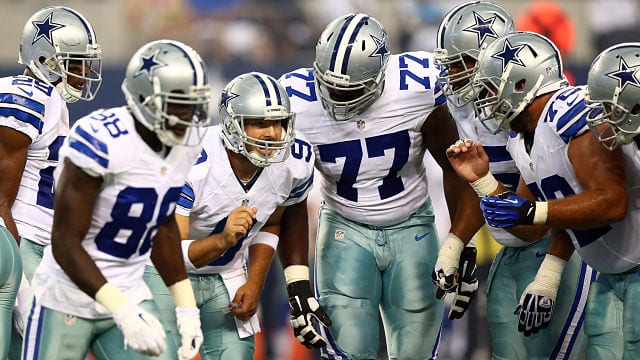 Winning a game is always good, but winning a game against your fierce rivals is great! Dallas Cowboys did just that. Although played early in the season the match between Redskins and Cowboys could be described as crucial. Neither of the teams didn’t want to start the season with 0-2 score.

Lead by their rookie QB Dak Prescott, Cowboys did just enough to secure the win. It was a tense game between long-lasting NFC East rivals. They were interchanging the lead among themselves, but after Barry Church’s interception, the tide of the game went into Cowboys direction. Prescott lead Cowboys drive into Washington’s red zone and put the ball into Alfred Morris’s hands who then scored a touchdown. An interesting fact is that Morris was playing for the Redskins, and spent most of the pregame time shaking hands and talking to the people he get to know while playing for Washington. Earlier in the game things were going in Redskins direction. After the Ezekiel Elliott’s fumble, it didn’t look like the Cowboys will make a comeback, but eventually, they did.

The last attempt of the game was Kirk Cousin’s ‘Hail Mary’ across the field, but he failed to hit the receiver.

After the game there were reactions, and many of the Cowboys players took their feelings and opinions out to the social networks. Here are few of them that we found most interesting.

One of the first to voice his opinion via twitter was Jack Crawford:

He was followed by Andrew Gachkar who posted this on Twitter:

Owner and GM of Dallas Cowboys Jerry Jones had a few words to share:

La’El Collins went further and posted a picture with his comment:

One of the main subjects of discussion before the game was the showdown between Dez Bryant and Josh Norman. Let’s just say there was more contact outside the field than it was on it, but Dez gave his opinion on the subject anyway:

Here are Dak Prescott’s comments about the game and the team in general:

Here are some words from the mouth of Ezekiel Elliott himself: