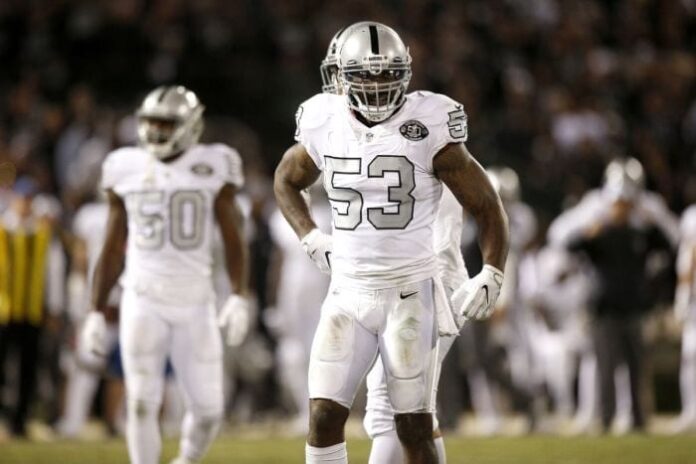 Dallas Cowboys made some exciting moves in free agency. The one that was approved by all fans was the signing of wide receiver Allen Hurns, but there are still holes to be filled. One of the positions they need to address is the spot of the linebacker. Navorro Bowman has both quality and experience to play besides Sean Lee and Jaylon Smith.

Last year Bowman was released by San Francisco 49ers and signed by Oakland Raiders. Even in 2017 Cowboys wanted him, and he had a visit scheduled, but after talks with Raiders, he decided to stay on the West Coast. During previous season Bowman played in 10 games for Oakland franchise and left quite an impression. He recorded 89 tackles and 1.5 sacks and an interception. Navorro proved that, despite his years, he is still an asset. After Anthony Hitchens left in FA to Kansas City Chiefs, Bowman is precisely what Cowboys need at LB position.

America’s team plans to start Jaylon Smith as a middle linebacker, Sean Lee on the weak side, with Damien Wilson on the strong. But considering that Smith is technically entering his second year after missing his rookie season due to a knee injury suffered at college the best choice for The Boys would be to start Bowman in the middle and move Smith to the strong side.

The best thing about this signing would be that Bowman would come under the market price. Besides Cowboys and Raiders no other team shown interest. The only thing that is stopping Dallas team from approaching Navorro Bowman is the upcoming draft. It is rumored that Cowboys have set their eyes on LB Rashaan Evans. The draft will be dominated by quarterback selections, and America’s Team is hoping that the player of Evans quality could fall to them.

Regardless of this, Cowboys shouldn’t wait, they should pick Bowman up before its too late.