Dallas Cowboys have been on the new path ever since they drafted Dak Prescott and Ezekiel Elliot. The QB/RB duo took the league by storm in their rookie campaign. But, the year two wasn’t so good for these players as the first one. Elliott missed six games due to suspension, and Prescott wasn’t the same player without him. Today, Elliott is still regarded as one of the leagues premier running backs, but the quality of Dak Prescott to lead this franchise is being doubted by many.

Prescott had fantastic rookie season followed by a sophomore slump. Both fans and pundits are asking themselves which Dak are they going to see in 2018? If he’s too much dependable of Elliott, it’s not good. Is he going to be awful the next time when Tyron Smith misses a game? If he‘s a player who plays well only because his teammates are on a high level, then anyone could do his job. Will Dak be able to put the ball downfield? He wasn’t able to connect with Dez Bryant. Now, Cowboys released their all-time touchdown leader without a clear replacement in sight. If Dak wasn’t able to communicate with him how will he do this with a rookie receiver? 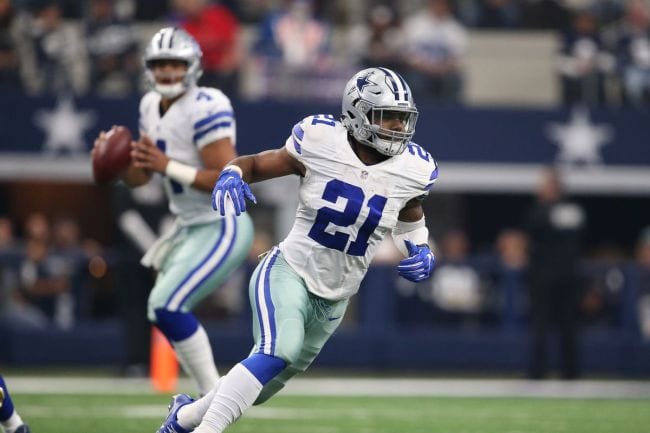 His backup Cooper Rush showed promise last off-season and he will get a chance to throw the ball this August. Dak’s place is cemented, but for how long? Will Cowboys draft a QB in a few days, or will they sign a free agent veteran QB? Johnny Manziel could push Prescott to be the best Dak he can, and it is obvious that he needs competition. He played best when Tony Romo was breathing behind his back.

Even if they don’t push him forward through competition, they will through results. If Cowboys fail to reach the postseason, second season in a row, what will happen? They could move away from Prescott. Undoubtedly! Another playoff-less season would mean an end for Jason Garrett. A new coach might want to go with a new quarterback. After this season Prescott is eligible for a massive pay rise, but he needs to make sure that he earns it. And there’s only one way to do it. Lead Dallas Cowboys to the postseason, and beyond.

If he fails, he might find himself without a star on his helmet.