The theory that treasure is hidden somewhere on Oak Island still exists and many explorers and treasure hunters have tried to unveil the mysteries and find the gold. Many people were interested whether Rick and Marty Lagina would recover the treasure when the Curse of Oak Island started to air, but as the show progressed, people begun to lose interest because nothing significant was found. Even now the team is far away from discovering the truth.

However, during the last episode “Echoes From The Deep” the divers meticulously inspected a large cavity 175 feet below the surface in the Money Pit. In Season 3, the team spotted a golden metallic object in that cavity, but they were not sure what that object was.

John Chatterton dove in the cavity, but the visibility was zero to none so he couldn’t see literally anything. After him, Mike Huntley searched the area with a metal detector, and he concluded that the object was a big chunk of metal and that it was smooth, but even he was not sure what they had found.

In a preview titled “First Look: About Face,” Huntley clarified his statements he said that the wall felt almost like stucco after a two hits, but none of the objects were sticking out. Now Chatterton wants to go down again to see if he can do anything and after he dives to the surface we will definitely know whether there are some man-made objects below the Money Pit.

In the next episode, the team will also go to 10X to search for clues once again. Although Marty is convinced that there is nothing in that area after the sonar search, Rick and Dan Blankenship think that he is wrong. We don’t know whether returning to the 10X is a good move or not, but something tells Rick that important clues might be there.

Also, Rick Lagina will do research why Franklin Delano Roosevelt was so obsessed with Oak Island. If you didn’t know, Roosevelt was in the Old Gold Salvage group that was buying stock in the company upon its initial offering. Even after the company’s collapse in 1909, Roosevelt followed the events related to Oak Island.

The finale of Season 4 will air on January 31, 2017, on the History channel and we don’t know whether there will be Season 5.

If you love the Curse of Oak Island, follow us for more details. 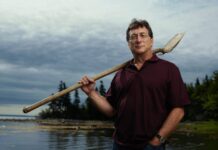 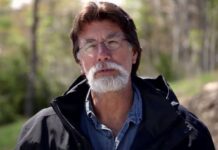 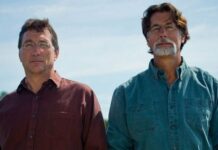