The act of moving money across borders has rapidly improved since the beginning of the pandemic, and even more so since the inception of money transfers so many decades ago. While these transfers used to be done at the bank, brick and mortar retail locations, the post office, or the office of a transfer agent, digital options are now abound and the results are less costly, more convenient, and faster than ever before. They are also more readily around the world – even in rural areas – than we have ever seen before. 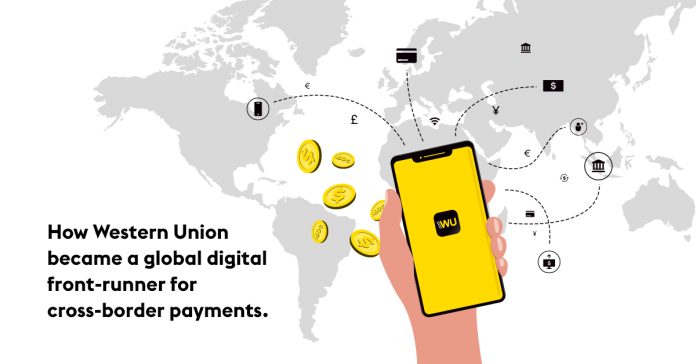 Because businesses that focused on cross border payments, such as Western Union, already had relationships that were effective at moving money efficiently, the application of fintech to the process greatly sped things up. Adopting technology is a trend seen across industries, for the financial industry we have seen it be adopted quickly by new companies or older companies embracing new developments. But we’ve also seen some companies delay tech adoption and endure the consequences of not meeting consumers where they want to do.

Western Union is one of the success stories that doubled down on digital and made strategic investments in its growth – both pre and post pandemic – to continue to deliver options to consumers in any way that worked for their situation. For example, the digital payments of the Saudi Telecom Company is now partnered with Western Union to make money movement easier for Saudi Migrants to send currency to family in need, employees in need of payment, and retailers. And for every new tech or global financial institution partnership, Western Union continued to prodives in-person brick and mortar retail options for consumers in less developed areas, or consumers that wanted the choice to send and receive money in person. What’s truly unique is the ability to send and receive in different formats and currencies. An example of this would be that a grandmother in the United States can initiate a transfer via the Western Union mobile app, and her granddaughter in Saudi Arabia can walk into the local bank she regularly patrons and cash out those funds to her checking account or cash the money out and walk away with it in hand.

The use of cash has been steadily declining, but credit card security can be extremely risky in many settings. The ability to move real money digitally for the benefit of someone overseas with the tap of a button has made it much easier to secure the safety of money transfers without losing speed. Additionally, risks such as exposure to theft at the currency counter or the loss of a credit card are greatly reduced. It has also opened up numerous opportunities for e-commerce stores to accept funds from consumers in countries that don’t widely use modern credit cards. In this use case, someone in Thailand could patronize a store like Walmart and check out using a Western Union money transfer as the form of payment.

Often, sending money over the border was simply thought to be a way for a first generation immigrant to support family in their home country. However, the ability to digitally move money over borders now makes it even easier for digital nomads and expatriates to receive salaries, payments for freelance work and even monthly retirement payments quickly and efficiently. With the increasingly remote environment we are living in today, the ability to send and receive money from wherever you are is even more appealing than it was before. Western Union understands this which is why funds can be sent and received from digital wallets and cards just like it can banks and cash. In fact, it’s mobile app new user downloads grew at an exponential rate in quarter two of 2022, much higher than any of its peer competitors. As the world transforms digitally, money transfer consumers are embracing its convenience and ease.

The ability to receive a payout from any client, no matter the currency transfer, means that workers in many industries can truly work from anywhere. Digitization developed by those who have always been the go-to for moving money has made this possible.

No matter the source of your money, you want to be able to store, transfer, and track it cleanly. Because Western Union has such a strong history as the secure way to move cash around, the addition of fintech to offer direct transfers to retailers for the benefit of the recipient has truly changed the world of cross border currency movement.

When there is no money transfer counter, there is less security risk to those leaving the facility. When any retailer can serve as a currency disbursement center, recipients can leave the facility with more confidence, or better yet – they don’t have to enter the facility at all.

Benefits to Banks as Well

Banks who want to offer this service to their clients now have the option to use Western Union as their partner in cross border transfers. This means that the structures built by Western Union and so recently and effectively digitized by this company are in place and usable by every bank client.

The world is getting much smaller and the connections built by businesses that can effectively move money over borders mean that those who want to give have options. Those who need to get paid have options. Those who need secure places to access currency given to them have an easier time of getting what they need. The application of digital money movement to the Western Union framework is a gamechanger for many.