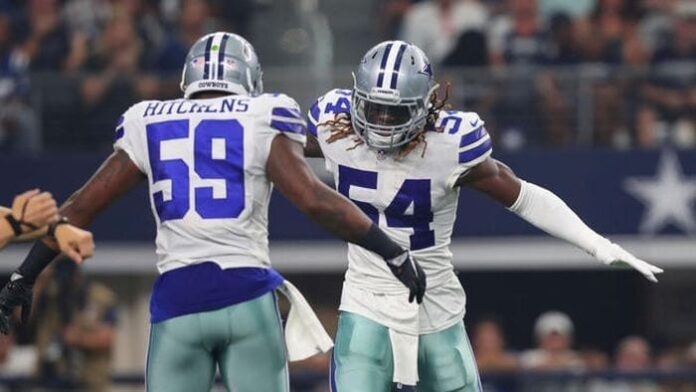 It was clear that Cowboys won’t make any moves in Free Agency even before it began. Their focus was always on retaining their FA, rather than bringing in outsiders. But, it was also obvious that they won’t be able to keep everyone. With limited resources Dallas couldn’t hang onto LB Anthony Hitchens who had quality and market was broad for him.

The Kansas City Chiefs had money, need at linebacker and thus offered Anthony a four-year deal worth $9 million per season. After landing Sammy Watkins, Chiefs make another move in FA signaling that they want to go to the playoffs next season.

The news was reported by NFL Network Insider Ian Rapaport, and Tom Pelissero of NFL Network. Anthony Hitchens was one off Top 101 Free Agents For 2018 according to NFL.com. He was drafted by Cowboys in 2014 in fourth-round. In four years with Big D franchise, he recorded 304 tackles and 3.5 sacks. His primary quality is the ability to play on both inside and outside. Also, he proved compatible in playing the middle linebacker when he was substituting for Sean Lee. 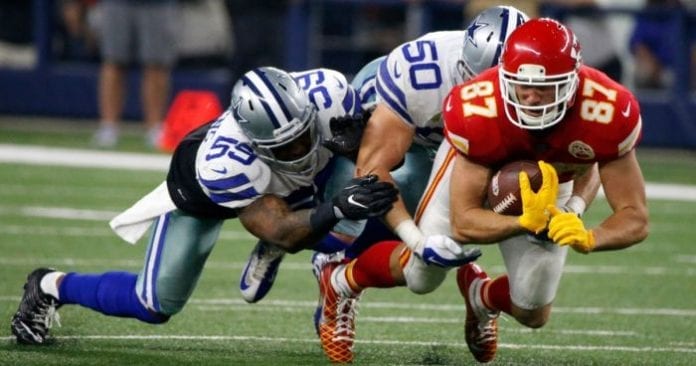 Before the agreement with Kansas City team, he was already seen in Indianapolis. Cowboys former linebacker coach Matt Eberflus is now a defensive coordinator with Colts. So the reunion between these two was expected. But, Chiefs came in early, with bags full of money. So instead of going far north-east, Anthony went straight north to Kansas City.

With only 25 years behind his belt and a lot of speed in his legs, Hitchens is precisely what Chiefs need. Their plan for this offseason was to make their defense younger and quicker. Their front seven was decimated when they decided to release their veteran players such as Derrick Johnson and Tamba Hali. Johnson could be targeted by Cowboys after these developments. Another thing that Hitchens immediately improves in Kansas is their run defense. In 2017 Chiefs run defense was ranked 25th in the league.

Now that Hitchens is gone, Cowboys will probably aim for a linebacker in the upcoming draft in one of first four rounds. Also, they will be in need of depth at this position so a veteran might be added. Currently, they have only Sean Lee and Jaylon Smith from proven players. All in all, additions are imminent.