America’s Team is looking for a safety, and Earl Thomas might be available via trade. The player which Cowboys could offer to Seahawks is no other than Dez Bryant.

Dallas franchise is in a terrible position with Bryant at the moment. He’s going to have a massive impact on their salary cap in the next two years. At the same time, his performance doesn’t merit the salary he is going to receive. Because of that the talks of him being released or traded started to surface.

The idea of trading Bryant for Thomas sounds good in the ears of Cowboys fans. The Seahawks safety expressed a public desire to move to Dallas after their match last year. So, is there a chance for this trade to happen? 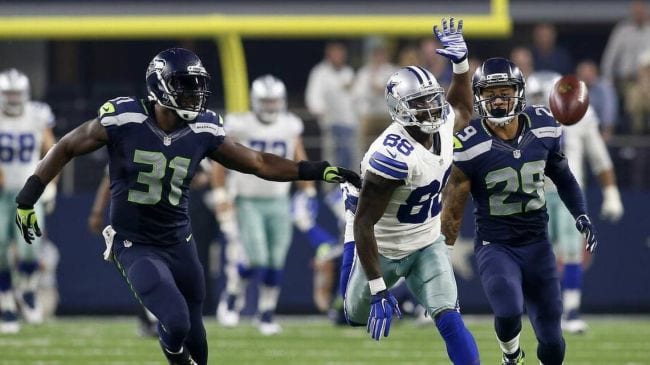 In the upcoming draft, both teams have similar picks, with Seahawks holding No18 and Cowboys the No19. But, Dallas has a lot of mid-round picks which could come handy if they try to arrange the deal. The switch would be beneficial for both players. Thomas wants a change and a move from Seattle, while Bryant didn’t have the best of years in Dallas from 2015-2018. If he stays with America’s Team, Bryant will be a free agent in 2022, unless Cowboys release him before that. Thomas on the other hand only has one year on his contract.

When compared, Bryant’s contract is much more substantial compared to the one Thomas’s has, but he could be valuable to Seattle. Many of their offensive weapons, including Jimmy Graham, Paul Richardson, and Thomas Rawls, are leaving in free agency. Yes, they need money to improve their O-line, but they also need someone whom Russell Wilson can throw the ball to. And, looking at Seahawks roster Bryant would immediately become their most physical target. A target that would work perfectly with Doug Baldwin.

Cowboys, as the other side in this trade, would receive one of the leagues premium safeties. They would fill a position at which they currently lack a star player. Big D franchise has one of the youngest secondaries in the NFL. If they succeed in pairing Thomas with Lewis and Awuzie, they would have a profoundly quality DB corp.

So, it is clear that both teams could gain something from this trade and Cowboys should try to work things out. The draft is not rich in quality safeties, and those that are good won’t fall to Cowboys at No19.

So the only way for Cowboys to improve at safety is via free agency or trade. Dez for Earl doesn’t sound that bad now, does it?