According to reports Dallas Cowboys will pick up the fifth-year option on Byron Jones. In recent years Cowboys had a lot of success with their first-round selections, and Jones is one of them. Players such as Tyron Smith, Travis Frederick, Zack Martin, and Ezekiel Elliott are all playing up to their first-rounder status. Jones, not so much.

Same as last year first-rounder Taco Charlton, Jones is still to show his full potential. Taco is only one year into the NFL, but Byron has been around for some time now as he is entering his fourth season. In 2015 he was 27th selection in the draft. During his rookie season he played at corner and safety, but for the last two seasons, he’s been deployed mostly as a free safety. 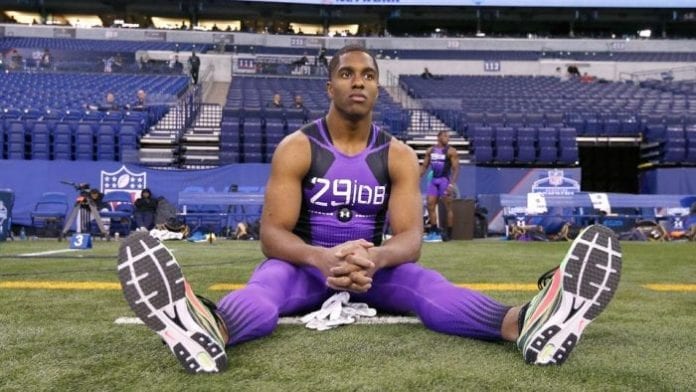 Last year he and Kavon Frazier shared snaps, which shows that Jones wasn’t a star safety. His athleticism was never a question, but his football intelligence should be better. Because of this America’s Team announced that they are moving him permanently to cornerback. The player himself confirmed this. Cowboys’ new defensive coordinator Kris Richard loves to work with big corners, and Byron Jones fits this description.

Also, there’s the matter of the money. If Jones remained a safety, the Cowboys would have to pay his fifth-year option $9 million. Switching him full time to corner, when they pick up his option they will part only with $6 million. $3 million is not a pocket change, and Big D top brass had this in mind. Jones had to accept this because his performances at safety weren’t of highest quality. As a safety, he would probably be out of work before the year ends. At the corner, he has a chance to establish himself as a top prospect he was in 2015.

This year he will play not only for his place in the team but a new contract. His next deal could be a multi-year multi-million contract, or he could find himself proving once again in new surroundings, away from Dallas.

Richard Orland - October 6, 2022 0
Before you can play poker, you need to understand the game and all its rules. One important aspect of the game is poker chips...

The Role of Dopamine and Serotonin in Gambling