Yes, the title says it all. There is yet another preseason injury victim, and this time the Dallas Cowboys have been affected. According to various reports, it seems that defensive back Leon McFadden will be placed on injured reserve list since he suffered a hamstring injury.

This is a very uncomfortable situation for the Cowboys and a very unfortunate one for McFadden. If you recall McFadden was signed as a member of the Cowboys practice squad just last season, and thanks to his great talent and effort he really had a big chance to make it to the 53 man roster. His chances were even better when Cowboys lost Brandon Carr and Morris Claiborne this offseason, and it was expected that McFadden will add some strength to an already thin Cowboys secondary. To make stuff even worse, McFadden was a key player on the special teams last season.

What concerns Cowboys the most is the extent of his injury. The hamstring damage can be complicated, and it is one of those issues that do not have a definitive timetable that shows when it is all healed up. If you take a look at any other sport that has this kind of injury, then you know that it is the one that many fear and the one that can keep a player of off the pitch/field for a long, long time. Anyone who runs for a living doesn’t need to tell you that it is a pretty big problem.

But it is not all bad for the squad since Cowboys have some 2017 draft picks who now have a window open since McFadden is out of the question, and they are Chidobe Awuzie, Jourdan Lewis and Marquez White. With all of the injuries that have plagued this team in the pre-season, these guys have a huge break at making the active roster this season. This is one of those situations that no one likes, but hey! As they say – One man’s loss is another man’s gain. We just hope that Cowboys can hold it together and stay on top of their game. What better test of their abilities and leadership than now? 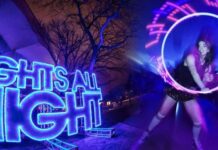