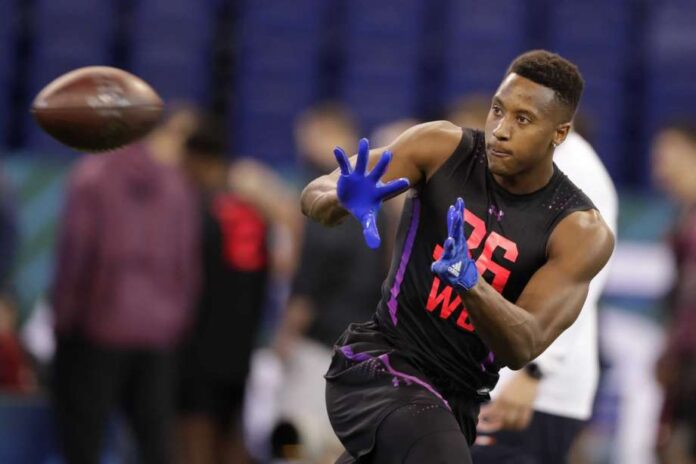 Dez Bryant is not a Dallas Cowboy anymore, and the Big D franchise will look to replace him. The upcoming draft is the perfect opportunity to do so.

There are many options available, but which one is the ideal fit that Cowboys are looking for? An even more important thing to consider is who of those top guys will be available at No19?

The search is already underway, and America’s Team is hosting SMU WR Courtland Sutton. The player will visit on the final day of the period that NFL gives the teams to meet with college prospects. During the previous years, Sutton has become one of the best receivers in college football. This guy learned to utilize his athleticism and almost ideal receiving proportions (6-foot-3, 218 pounds). His style of play and build already started to draw comparisons between him and Dez Bryant. According to NFL analyst Lance Zierlein, Courtland could be a target of Cowboys head office in the upcoming draft precisely for these reasons.

Courtland Sutton is also a Dallas Cowboys fan. He became one by growing up in Brenham, Texas. The Texas native also stated that one of his favorite players is actually Dez Bryant. The SMU prospect even paid homage to former Cowboys 88 upon his release from the team last Friday. In a perfect scenario, he would be the one to replace him.

During his three-year career at SMU, Courtland Sutton caught 193 passes for 3,193 yards and 31 touchdowns. Although Sutton failed to participate in Dallas Day workout, the Cowboys staff scouted him at SMU’s Pro Day last month.

In addition to Dallas Cowboys, Courtland also had private workouts with Philadelphia Eagles and Chicago Bears. Being one of the best WR prospects in the upcoming draft, he will draw a lot of attention. Some sources even claim that the chances are slim that he will be available at No19 where Cowboys pick. On the other hand, some claim that he shouldn’t be even considered to be drafted in the first round. We hope that Dallas top brass know what they are doing, as now after releasing Bryant, adding another receiver is a must.