In a surprise move, Lucasfilm announced that they are planning to make a stand-alone Boba Fett film. This project will be written and directed by James Mangold. Fans of Star Wars franchisee where thrilled to hear this news although many were caught off guard. But, this didn’t stop them from speculating as who could play the most famous bounty hunter in the Galaxy. The name of one of Hollywood’s superstar was often mentioned, as it’s usually the case. SW fans believe that Dwayne Johnson is ideal for the role of Boba Fett.

This idea might seem far-fetched, but it actually isn’t. Johnson already has similarities with the actor who previously played Jango Fett, Temuera Morrison, and in the past, he expressed a desire to join Star Wars universe. In 2015 when news broke out that J.J. Abrams is going to direct The Force Awakens, The Rock wanted to get on board. His exact words were: “I’m gonna call J.J., and you’re gonna help by printing it, and I’m gonna be in Star Wars! I’m ready for Star Wars. Bring it on, J.J.!” 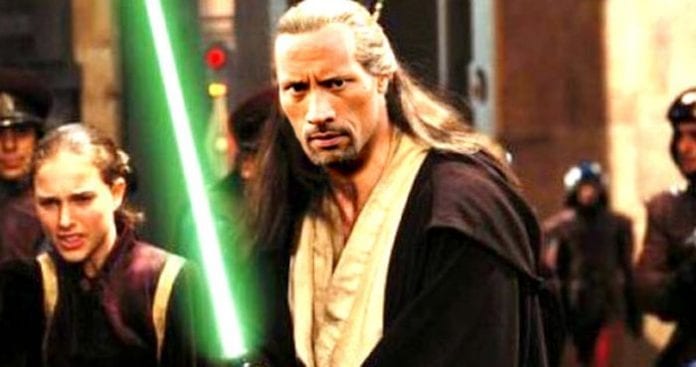 Also, in 2016 Dwayne Johnson, expressed his love for the named character right before Rogue One premiered. Like Dwayne normally does, he took it to social media to share his admiration for Star Wars: “Been using the Force like twice a month since I was 8. Convinced myself, I was Boba Fett at 10. This franchise has brought me back to being a kid again. Though admittedly, a part of my brain is forever a teenager. Thank you, filmmakers & actors. Bring on #RogueOne (insert big, brown, bald, tattooed Jedi emoji).”

It’s unbelievable that he actually mentioned Boba Fett. Another proof that he truly is an SW fan is the Han Solo Easter Egg he put in his last year’s box office it Jumanji: Welcome To The Jungle. What’s important in the entire story is that Dwayne has that star appeal that could be used by Star Wars and that he has the physical similarity with Temuera Morrison.

In the past, there always were rumors that Johnson is on the way to join Lucasfilm, and this time around it could come to fruition.

Richard Orland - October 1, 2022 0
There's a reason poker is often called the “game of kings”. It's a complex and strategic card game that can take years to master....