The concept of printing goes as far back as 200AD china where wooden blocks were used to print on different types of paper. Later the modern printing was invented in 1860 when the first inkjet printer was made. Nowadays printing has gained another dimension as printing is not only limited to 2nd dimension but recent technology has made it possible to print in the 3rd dimension.

3D printing is the process of depositing different types of materials in X, Y, Z axis to print something in 3D. The concept of 3D printing goes as far back as the late 1900s, but the type of printers we are commonly using and have known about first started production in 1988. Today the world of printing has grown tremendously and it has become a product that common people can buy and use easily.

Formnext is an exhibition and conference that is dedicated to additive manufacturing, how it is achieved, what are the advancements in the field. The exhibition covers a wide range of industry sectors and their production technologies that the industry is currently developing and plan to introduce in their production facilities.

Formnext is a great place for many industries to exhibit its products to the manufacturing industry, and this year Concept Laser and Arcam presented their products in the exhibition. Their products were industrial 3D printers and these printers were developed by their patented technologies. 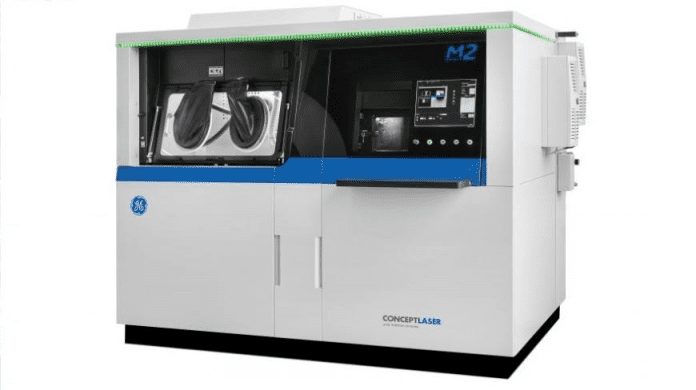 Concept Laser engineers introduced the fifth generation of M2 industrial 3D printer with LaserCUSING technology, the patented version of selective laser melting of powder material (SLM). The Concept Laser M2 Series 5 is characterized by an increased level of productivity, repeatability, and usability. You can check ultrafastsytems.com and find more information.

The manufacturers claim to have achieved improved part quality with reduced surface roughness. The advanced gas flow system allows the monitoring of redundant oxygen in the build chamber. The new optical cooling function features over 10 internal sensors. The developers doubled the overall productivity and improved resolution by about 20%.

The dual laser system with a spot size of 70-500 microns has the option of adjustment during the printing process, which allows us to build contours with narrow beams and fill the internal volume with defocused lasers. The print chamber is 350 mm higher, the build volume is 245×245 mm.

The new systems will be manufactured by GE Additive in Lichtenfels. The company is taking pre-orders with delivery expected in Q1 2022. 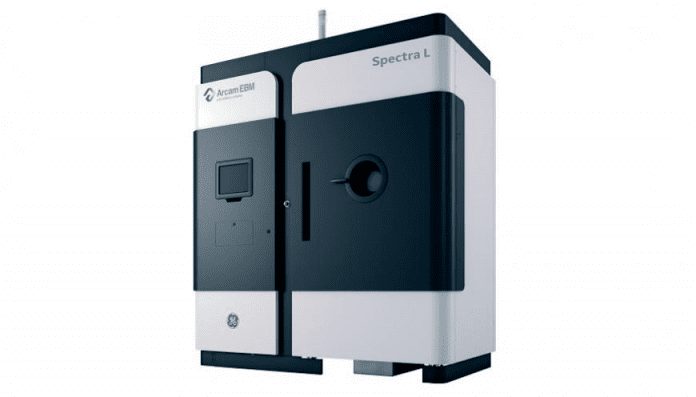 Arcam AB unveiled the Arcam EBM Spectra L additive system, a variant of the Spectra H electron beam melting metal 3D printer released in 2018. The developers doubled the build volume and increased print speed by 20%. The build volume is 350×430 mm which makes the new 3D printer the largest among the Swedish manufacturer 3D printers. Arcam EBM SpectraL can 3D print primarily with titanium alloys, but since 2022 it will also support copper powders.

Metal powders deposition is carried out by 4.5 kW beam power in a vacuum. The improved powder layering and heat model control system enables the Spectra L to complete a full print job with the maximum possible height 4.5 hours quicker than the Q20plus, Arcam’s previous build volume leader. The electron beams automatic calibration significantly improves the accuracy and repeatability of the printer.

The new system is designed for a large-scale additive manufacturing, including titanium parts for the aerospace industry. Its previous version, the Spectra H 3D printer, is used by the GE Additive division in the US and Italy-based manufacturing centers. It is used to 3D print low-pressure titanium aluminide turbine blades for GE9X turbofan engines of Boeing-777X.

The Arcam EBM SpectraL 3D printers will be manufactured at GE Additive’s Arcam EBM facility in Gothenburg with delivery expected by the end of Q1 2022. If you’re interested in such 3D printing technologies like SLM and EBM, but wary of getting one because it might turn out no exactly as you wanted? Check out this 3D printer guide from top3dshop.com, it’ll help you find the proper machine for your tastes that will suit all your needs. Since 3D printing is becoming more and more popular, many such machines are easy to get without going overboard with spending.

The concept of 3D printing is not limited to the type of material as well. Initially, 3D printers were only capable of developing products in different types of plastic, but today a 3D printing machine can print in steel, titanium, carbon fiber, ABS and many other materials. It makes it incredibly easy for companies and startups to do their required research and development on their products with incredible ease and precision.

The future of 3D printing seems very bright and new technologies and enhancements in the software are allowing people to create the most intricate of designs easily. We can already see the implications on how 3D printing is being used to create different types of products.  We have seen that automobile manufacturers are using 3D printing to create parts for their exotic vehicles.

3D printing machines capable of printing an entire house using cement as the material. Art and fashion have also started to implement 3D printing techniques to enhance the quality of their products and bringing new ideas onto the table. 3D printing is also being used to develop the most lightweight and structurally sound chassis for racing. We think that in the coming years, 3D printing will become a major asset in the production industry and will bring a new revolution to the idea of manufacturing. How Do You Know If An Encoder Is Incremental Or Absolute?

3D Printing is a Hot Topic in Medical Device Manufacturing. Is the Hype Overblown?

Richard Orland - September 29, 2022 0
Although moving to a new country can be pretty exciting and the prospect of seeing new places brings a wave of anticipation, this can...