Cody Rhodes always had the potential to be a big-time player for the WWE. The problem with him was the fact that the company never saw him as a guy that is capable of being in the main event picture. He tried his luck with Stardust character, but it didn’t really work. In the end, he left the WWE because he didn’t like the position that he was in. They didn’t even allow him to return to his original character.

Now, he is one of the biggest names in the wrestling industry and Ring of Honor World Champion. According to multiple sources, multiple WWE stars have reached out to him in order to ask him what it takes to succeed outside of the WWE. People are reaching to him for advice, and he is just the man to ask about that kind of a thing.

This wrestler successfully defended his title at Global Wars, and now he is still the champion. After the match, he had cut a promo on his reign, his opponents and how big of a star he actually is now that he is on the indy scene, how nobody is going to take him down and how he has done everything that he said he would. There is no doubt that Rhodes is a successful individual, wrestling in high-profile matches, even making an appearance in popular TV Series “Arrow.” He has done it all. In the end, he called himself  “the biggest damn draw” in the industry.

Roman Reigns was quick to respond to that on Twitter by saying: ” I don’t even need to click the link and watch it. If that house didn’t draw over 100k. He’s just talking silly.”

I don’t even need to click the link and watch it. If that house didn’t draw over 100K. He’s just talking silly. #WalkOverTalk https://t.co/azQyqDpHUN 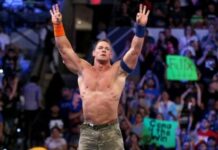 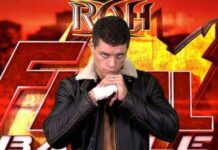 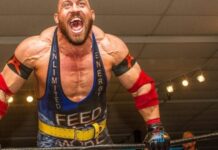