The situation with Cleveland’s quarterbacks is becoming very interesting. They do have three guys that they could have picked and it seems that they are going to be rolling with Brock Osweiler. He is the man that arrived in a trade with the Houston Texans. Now, he is going to be sitting out this game against the Tampa Bay Buccaneers, but not just because they want to keep him fresh for the season opener.

Yeah, there is no doubt that avoiding injuries in games that don’t matter is a good thing to do, especially when you are protecting the most important position in the whole sport of football. But, that is not the only reason for Osweiler sitting out. There have been some rumors that they are going to try and trade Brock before the season starts. They don’t want him to get hurt because of that as well. If you don’t want to keep him, a reasonable thing here to do is to play the guys that are going to help you win some games.

Kizer is going to be the starter in this match. A good performance here by the rookie is maybe going to push the Browns to think harder about dealing Brock. We do expect him to play well against Tampa, but we don’t see Cleveland beating a much more talented bunch.

Yeah, it is only a Preseason, but Bucs will show in the first half who the better team is. Cleveland has improved for sure, and they do look better than they did last year. Having said that, they have a lot more to prove, but we see them losing here 24:14. 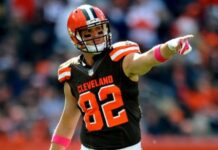 This Tight End Could Ease Witten’s Retirement For Cowboys 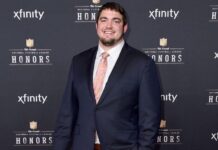 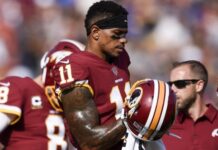 Cowboys Should take A Closer Look At Terrelle Pryor