Opptrends 2021
Home Games Classic Games for Any Gamer to Enjoy

Developers outdo themselves when they make certain games. That’s why some titles have growing fandoms even years after their release. In other words, they’re classics and they offer a lot more than today’s titles. If you’re interested in these kinds of games then you can check out these suggestions:

There’s something about post-apocalyptic games that seems to get the attention of many. This is the case with the Fallout franchise and New Vegas is a title set in Sin City itself. In it, you’ll make your way in a wasteland of a world fending off all kinds of creatures and warring factions. Since you’re in New Vegas, you’ll also have a few casinos at your disposal. The prizes you’ll win will be made up of bottle caps, gear, and supplies, and you can even get a key to the suites.

Vegas is important to the casino industry today, although most of it is online nowadays. This means casino fans can enjoy their games at great casinos online as there are plenty of them available. For instance, www.mr-gamble.com offers a great variety of online casinos to choose from. The main thing to remember about visiting such sites is to do so responsibly. Set your limits and respect them.

The thing about this game is that the first one would take a spot on this list as well. It got a remake titled Black Mesa if you’re looking to play an updated version. But the second one is just as good, although it doesn’t have a graphics update. In it, you take the role of Gordon Freeman as the G-man awakens you to get the job done.

The Earth has been conquered by the Combine, another race of aliens, and your job is to help humanity repel them. The story doesn’t end with the game as it has 2 episodes you can play after that. They are expansions of the second game and they’re worth playing. The mechanics and graphics may not look like much today, but you’ll get an excellent gaming experience.

This is another sci-fi title on the list and it’s a horror one at that. Isaac is the character you control in the game and you’ve received a distress call from your girlfriend that a mining facility isn’t functional. You and a skeleton crew go to investigate and in the first moments of the game you find out what’s wrong. Horrendous creatures have overrun the facility and you need to fight them off to escape the facility.

Onboard you’ll find a mysterious artifact called the Marker and you’ll find out its role in all of this. For a horror game, it has a pretty good story and lots of ways to scare you. If the aliens don’t scare you, then the random communication channel activation will. The good news about this game is that it’s getting a remake. Not just the graphics but the mechanics will undergo changes. So, you’ll get lots of new ways to cut off their limbs and the grueling experience in HD.

Myst is a unique puzzle-solving game that lets you visit all kinds of worlds and solve puzzles. You’ll be armed with a magic book and the more puzzles you solve the more pages you’ll have in the book. When getting them you’ll come across 2 brothers that you can save or leave trapped as you go from world to world. This is another game that has had several remakes and besides the PC, you can also enjoy it on mobile phones as well.

The entire franchise deserves a spot on the list, but the first 3 games are good enough to be called classics. It all begins with the Umbrella Corporation and the Spencer mansion. You’ll meet Jill, Chris, and Barry for the first time as you roam around trying to figure out what’s going on. When you’re not shooting zombies you’ll be solving puzzles to get to the underground lab to discover the horrors.

Then there’s Raccoon City in the second game where you play as either Leon or Claire. Either way, the city is overrun by zombies and so is the police station where you’ll seek refuge. It’s also filled with puzzles that you’ll need to solve. And then there’s Mr. X, the unstoppable force that will chase you no matter where you go. But don’t worry, you’ll get him in the end.

The third game lets you play as Jill again and your job is to battle the zombies and virus. This time you’ll get a much tougher opponent in the form of the Tyrant. You’ll also get to visit the labs of Umbrella and see what kinds of monstrosities they’ve come up with before you put a stop to them. The best part about these games is that they’ve been remade and you can enjoy them with modern graphics. The story is intact and the eerie atmosphere is there to get your heart pounding.

The first Baldur’s Gate title is the RPG of all RPGs. If it weren’t for it, then a lot of RPGs won’t have a standard to adhere to. Baldur’s Gate is essentially a Dungeons & Dragons game where you’ll get to create a character that roams the various lands in the game. Your goal is to find out why the iron crisis is happening across the land and you’ll have a few characters helping you out in this quest.

You’ll get 4 of them in your party as you go from land to land taking down enemy after enemy. As remasters are frequent nowadays, you’ll be happy to know that this game has also received a remaster in the form of an enhanced edition so you can enjoy it. There’s also a second installment you can enjoy, and a third game on the way.

These are only a few games that can be called classics. They all belong to different genres so you can get a broad palette of games to digest and enjoy. 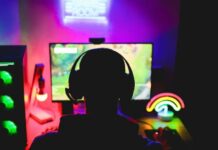 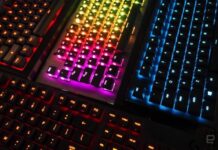 Mechanical Gaming Keyboard 2021 – How to Choose the Best One? 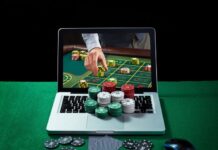