Finally, we have confirmations that you will be able to choose between more than one leader for your civilization. After Firaxis Games introduced Queen Gorgo of Sparta as another option for Greece leader long-rumored feature if Civilization VI has been officially announced.

Earlier in September we saw Pericles as the head of Greece, but now Queen Gorgo comes into play. What does this mean? Well, different leaders will have different strengths, and for example, we are pretty sure that Spartan Queen will be more capable in the war segment while Athens representative could be better in diplomacy, culture, and science.

Before you choose the leader of your people, you need to think what your goal is. We expect to see similar choices for other civilizations so you will have the ability to advance more quickly in some segments while others will struggle more. It all depends on tactics and what you are looking to get.

A short history lesson about two potential leaders of Greece. Sparta was led by Queen Gorgo in the first part of 5th century B.C. Best known as the wife of King Leonidas that led 300 Spartans into glorious death against Persians in the Battle of Thermopylae. She was also the only child of King Cleomenes and had one son, King Pleistarchus, that ruled after her.

If you decide to go the other way, your option will be the Athens ruler Pericles that allowed this city to flourish in terms of culture. During the 5th century, he managed to form Delian League that gathered city-states into an Athenian Empire. They went into an epic war against mighty Persia while later on, it led to the Peloponnesian War against Sparta.

With Queen Gorgo as the leader, you will be getting military strength and culture bonus will be achieved whenever your army defeats an enemy. On the other hand, Pericles gives you 5 percent bonus on cultural field. Other features for both of these leaders are almost identical.

Is this good move from the Firaxis Games? Do you like these options? Will they introduce only two leaders for every civilization or we will see more? 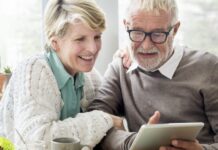 Retiring in Greece – Things to Do Online 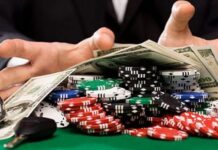