From Europe to Latin America and Australia, these are the ten cities with amazing street art you need to visit at least once in your lifetime.

Street art is a form of independent visual art created in the public forum – on buildings, laneways, streets, trains, and surfaces.

Often used as a form of expression, representing political or social issues, street art began to mature in the 1960s in New York. However, its origins date back to prehistoric times, with cave art used as a means of communication, creativity and documentation.

Today – for the most part – street art is seen as a viable platform for self-expression, opposed to vandalism. With many cities embracing the skill, creativity and craftsmanship of the masked artists, street art is a calling card for some of the world’s coolest cities.

Read on to learn about ten cities highlighted by TheWorldBucketList.com with amazing street art to add to your bucket list.

As the largest city and capital of Argentina, Buenos Aires has a lot to offer travellers from around the world. Street art is just one of its key draws.

With a wealth of large-faced abandoned buildings acting like blank canvases, street artists have been drawn to the city for decades. Today it is a dynamic destination for those keen to explore the city’s culture through its outdoor art.

Impressive murals are synonymous with Mexico City. Dappling the side streets and facades of forgotten buildings, Mexico is a must-see for any street art lover looking to add to their bucket list.

Expansive works can be found all over the city, making it ideal for those who plan to discover all there is to Mexico, including the historic centre, Coyoacán and Roma-Condesa.

8. London, United Kingdom – the European centre of the counterculture

London, the capital of England and the United Kingdom, is a 21st-century city with history stretching back to Roman times. At its centre stand the imposing Houses of Parliament, the iconic ‘Big Ben’ clock tower and Westminster Abbey, site of British monarch coronations. Across the Thames River, the London Eye observation wheel provides panoramic views of the South Bank cultural complex, and the entire city.

As England’s capital and the European centre of the 1960s counterculture, it comes as no surprise that street art in London is some of the best in the world.

Today, it continues to flourish like flowers in spring, with fresh canvases popping up all over the city each night. East London has a particularly impressive offering of street art.

7. Sao Paulo, Brazil – for the bright and bold

Sao Paulo in Brazil is a mega-metropolis, a sprawling urban canvas and a hotbed for street artists striving for a piece of the wall to make their mark.

Take a wander down any alleyway or backstreet, and you’ll be greeted with murals and creations both bright and bold. Without a doubt, this is one of the top cities with amazing street art in the world.

Paris is known for many things: light and love, art and romance, pastries and wine. What is lesser-known but just as impressive is its street art offering.

The city’s 19th-century cityscape is crisscrossed by wide boulevards and the River Seine. Beyond such landmarks as the Eiffel Tower and the 12th-century, Gothic Notre-Dame cathedral, the city is known for its cafe culture and designer boutiques along the Rue du Faubourg Saint-Honoré.

Melbourne is arguably the coolest city in Australia. With a European vibe, great music, nightlife, and a laidback lifestyle, there is much to love about the destination. Street art is another key attraction.

With key stops including Hozier Lane, Croft Alley and Centre Place, it is safe to say that Melbourne is one of the top cities with amazing street art.

Lisbon in Portugal is one of the world’s most impressive cities when it comes to street art. Colloquially considered an open-air gallery, you can easily get lost in its endless murals and artistic displays while you explore the city on foot.

Make sure to check out ‘Shadow Man’ by Sam3 and ‘Crocodile Tears’ by Ericailane, both near Picoas Metro Station.

Bristol’s most famous street art resident is the elusive Banksy – a pioneer and world-famous graffiti artist.

Due to his fame and the city’s unique street art style, Bristol is now seen as one of the greatest cities with amazing street art.

New York is one of the world’s most famous cities. Known for its entertainment, music and theatre, businesses and commerce, it truly is a land of dreams.

Street art is, too, a major contender in its fields of creativity, and throughout the city, you never have to wander far to fall upon another amazing mural.

Berlin has always been a cool city thriving under the radar. In recent years, popularity has grown, leading to a rise in immigration in the German capital.

The German capital dates to the 13th century. Reminders of the city’s turbulent 20th-century history include its Holocaust memorial and the Berlin Wall’s graffitied remains.

Divided during the Cold War, its 18th-century Brandenburg Gate has become a symbol of reunification. The city’s also known for its art scene and modern landmarks like the gold-colored, swoop-roofed Berliner Philharmonie, built in 1963.

Make sure to check out the East Side Gallery, Friedrichshain and Kreuzberg. 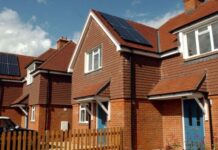 What You Need to Know When Renting in Reading 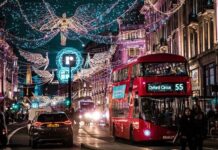 5 Best Areas for Nightlife in London 2022 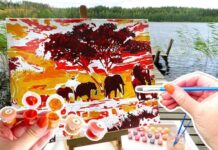 7 Reasons to Start Painting-by-Number After You Retire