The season for the Cincinnati Bengals is over. Cincy has had a lot of trouble on the defensive side of the ball, while they just lost two of their biggest playmakers on offense, including their best player AJ Green. They are coming off a win on Sunday and they are big favorites against the Browns. Well, just like everybody is.

Cleveland is running out of chances to avoid going winless in 2016. This banged up Bengals team is a great opportunity for them to win their first game of the season as they will be playing against Steelers in the last round. They are fighting for the Playoffs, so we don’t expect Browns to have a shot in that game. Chargers and Bills are on their schedule as well, but they will visit Buffalo while Chargers offense should have a great day against the Browns’ D.

That is why this is probably their best chance that they’ll have. RGIII will likely start for this squad, but to be honest, we don’t know if that is a good thing for this team, but it looks like it is. Their defense hasn’t lived up to the expectations this season, just like Bengals defense. But, as we mentioned, Cincy is banged up on offense, and they shouldn’t be able to score a bunch of points on Cleveland.

That is why we are going to pick the Browns to win their first game of the season. We are predicting that Cleveland is going to upset Cincy in Ohio and win this game 24:21. 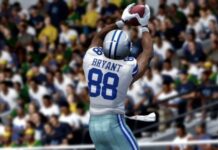 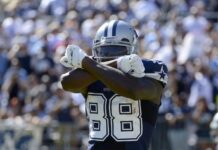 Why Dez Bryant Has Been Underachieving?