Chrysler Group has hired four banks as underwriters for its IPO offering in December, says a report from Reuters citing sources familiar with the matter. Four banks who will act as underwriters are Barclays Plc (BARC.L), Goldman Sachs Group (GS.N), Morgan Stanley (MS.N) and UBS AG (UBSN.VX). JP Morgan and Bank of America will lead the process. The U.S. automaker is planning to issue the IPO, in December.

Chrysler, as well as the Banks’ representative turned down to comment on the development, told Reuters. The majority of stake in Chrysler is held by Italian automobile company Fiat SpA, but it failed to conclude the buyout deal with Chrysler’s second largest stake holder, a retiree healthcare trust affiliated with the United Auto Workers (UAW) union. After the failed talks with Fiat, Chrysler filed for an IPO in September.

Chrysler bounced back from the crisis of 2009 as Marchionne along with the U.S. Treasury, and the UAW took the strategic decision of restructuring, which left Fiat with 20% ownership.

The scenario has changed since then, and Chrysler is a profit center for Fiat whose sales have declined in Europe. On the other hand, Chrysler witnessed the rise in sales, in North America, by around 50% since 2009.

At present, Fiat holds 58.5% stake in Chrysler, and the UAW affiliated health care trust for retired holds 41.5%. According to analysts, valuation of Chrysler is around $10 billion, but both stakeholders have their own different valuations.

Analysts hopeful of a deal

According to the analysts, Fiat and the second largest shareholder of Chrysler are expected to conclude the buyout deal before the IPO is launched. Sergio Marchionne, chief executive of Fiat and Chrysler said that he intends to merge both companies to create the world’s seventh largest carmaker.

Fiat and UAW are expected to strike a deal before IPO, even just hours before the issue because by then the valuation of Chrysler will be set, according to analysts. Marchionne expects that the exact worth of the company will be known after the IPO process.

“One of the things I hope is that it will become very clear exactly what the markets think Chrysler is worth, which is the only real reference point,” Marchionne said on October 3 in Italy. 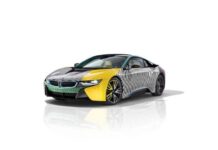 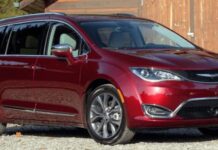 2017 Chrysler Pacifica – the minivan you’ve been looking for! 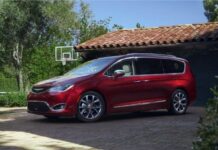 2017 Chrysler Pacifica is the Only Top Safety Pick+ minivan