If you pick a random day, more than 49,000 young adults are confined in a youth detention center somewhere in the world. It’s not because these children are bad; it’s just that a series of poor choices led to their juvenile delinquency.

If you’re a parent or someone close to a child, the last thing you want to see is them go down a path they can’t come back from. It’s for that reason, we’ve created a comprehensive guide detailing the signs of juvenile delinquency.

Our hope is that you’ll spot these signs and take the steps necessary to begin stopping juvenile delinquency, reducing the number of children that find themselves in youth detention centers. Learn more on this topic today.

Factors that Contribute to Delinquency

There are several reasons that a child will begin to exhibit signs of juvenile delinquency, mainly having to do with the people they’re around and the environment. If a child sees violence portrayed by their parents or are the victims of violence at the hands of their parents, this could cause future delinquency.

Another factor contributing to the child developing bad behaviors, later on, is if they’ve experienced any type of abuse. This includes mental, emotional, sexual, verbal, and physical abuse.

Their aggression is a way to protect themselves from being abused like this again as they continue to get older. If a child isn’t getting the attention they want from their parents, this could also cause them to act aggressively.

With more understanding of factors that contribute to a child’s attitude and actions, here’s what to look out for.

Typically, when children do something that displeases or upsets those around them, they become remorseful for their actions. Often, apologizing and promising not to do this again.

If you notice that your child lacks remorse for their actions and seems to enjoy causing others pain and hurt, this could be a sign that they’re heading down a path you don’t want them to go down.

If your child suddenly shows a change in their friends and begins to hang around older children associated with gangs, you should begin to worry. Some children join gangs because they lack something at home.

They see gangs as family and people that will have their backs no matter what without understanding that gang life is a life full of crime and heartache.

There are several reasons a child may begin to isolate themselves, ranging from depression to other mental issues. If you notice your child has begun to spend more time alone rather than doing things they used to enjoy, it’s best to sit down and talk with them.

Children want to be heard and know that someone is listening to them. Simply talking to your child can help them become more open about their feelings and further strengthen your bond.

Increase in Drug Use

A study saw an increase in drug use amongst children of 61% between 2016-2020. There are several reasons that a child might begin using drugs, including:

What might start as curiosity can quickly spiral into addiction. And as most people know, when you’re amid addiction, you’ll do just about anything to reach your next high.

Even if that means stealing money from your loved ones or committing crimes to get money for their next fix. Drug and alcohol use can lead to problems like receiving a DUI.

Acting Aggressively Towards Others

Children that are classified as juvenile delinquents almost always have issues with their anger. They have a hard time handling their emotions and coping once they’ve reached the point of overwhelming anger.

Once they’re angry, they begin to act out against others by harming them or causing pain in some way. If your child begins to act this way, it’s best to take them to see a counselor that can help them learn more about their emotions and ways to control their anger.

Risk-taking behavior isn’t always the best, especially when it’s not done constructively. Children that seek the thrill or high they get from taking risks can lead them to commit crimes to see if they can get away with it.

For example, a child that enjoys risk-taking might steal a car and enjoy the feeling of being able to get away with what they’ve done. Even if this joy is short-lived, your child will remember how it felt and want to chase that feeling time and time again.

Being alone and not having anyone to turn to can make a person feel helpless or as if their life isn’t valued. This can lead them to attempt suicide.

If your child has tried to commit suicide or fantasizes about death, it’s time to take notice and get them the help they need. Even if you observe some of the signs we’ve explained above, there are times when as a parent, you’re too late, and your child commits a crime.

When this happens, it’s time to seek legal representation to help them and their case.

You may notice several signs that allude to your child beginning a life of juvenile delinquency. As a parent, you do your best to help, but if your child has landed in hot water, it’s time to find them a lawyer. 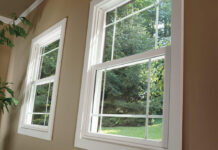 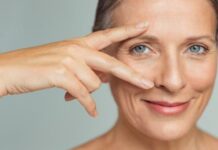 A Guide on Eye Care depending on Age 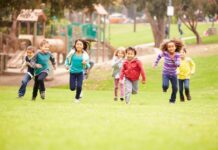