Those of you who are up to date probably heard, but those who are not must learn that the Chery just recently announced a whole bunch of shady pictures that host the new Tiggo Coupe Concept SUV. Chery’s Shanghai auto show-bound concept is according to some a preview of a future SUV which will be positioned above company’s Tiggo 7 model.

The Tiggo 7 is actually not that old, and it still looks fairly modern, but from the Tiggo Coupe Concept, everyone expects a futuristic shape which will host a whole bunch of design cues taken from the last year’s FV2030 show car. Since these teaser images do not unveil much, we can only assume that it will host a sporty profile with pronounced fenders, a different color option for the roof and a large rear window spoiler that resembles the one we saw on the FV2030. According to the company, this newly to-be-launched Tiggo Coupe Concept SUV is supposed to far deeply explain and show the future of the Chery Tiggo SUV series while at the same time presenting the depths of the brand and its design concepts.

The side look of the car from these pictures reveals that the H.D.S’ previous design language has risen to a new dimension and now we can clearly see the Chery influence and DNA. The Tiggo Coupe Concept is streamlined and actually looks really appealing with its sleek and fancy new representative that will be well accepted, especially with younger audiences. The Tiggo Coupe Concept is, unlike the FV2030, going to ditch the gull-wing doors setup in favor of something that is a little bit more practical for an everyday SUV. There is also a possibility that this nice looking wide LED strip at front won’t make to the production vehicle, never mind how nice or production ready it looks.

If this concept indeed turns into production vehicle (a flagship Tiggo 8 model – unofficially) it will most likely stack against the likes of the Changan CS95, the Haval H7, and the Trumpchi GS7 although the fact is that none of the competition is actually a Coupe-like SUV. Reports are stating it might make its debut at the 2017 Shanghai Auto Show which opens its doors on April 21st which is in just around the corner. Only then we hope we will have more info regarding its appearance, interior and design details. Until then stay tuned for updates! 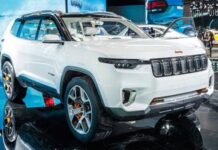 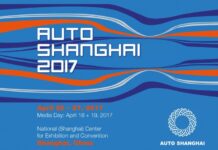 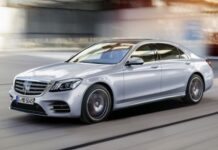