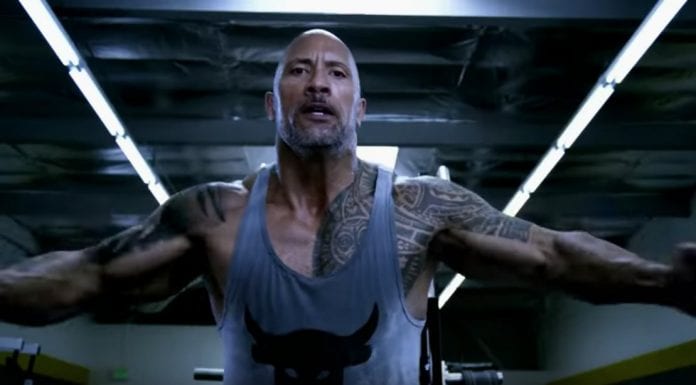 Two months ago NBC announced their new show which will be stared and produced by Dwayne The Rock Johnson. It will be called Titan Games, and Johnson publicly called all and every athlete to join in. On Monday, NBC released a new trailer and gave instructions on how athletes can apply for participation in the game.

Here you can see the new trailer.

If you still don’t have an idea what will Titan Games be then you need to think about something similar to the American Gladiators. This TV show had two successful runs on television. Initially, American Gladiators aired from 1989 to 1996. The reboot of this sports competition series was on the air once again in 2008 and 2009. The host was another WWE superstar Hulk Hogan.

American Gladiators were revolving around two participants going against each other. The show had both male and female participants. Depending on the score through the competition one of the participants would have a head start on the final obstacle course called The Eliminator.

The show was popular and exciting because these participants didn’t only have to fight between themselves they also fought against gigantic gladiators whose job was to prevent them from completing the obstacle course. You can see the whole process below.

NBC expects that Titan Games are going to be better than American Gladiators because their concept is newer and is headlined by one and only Dwayne The Rock Johnson. By now you are aware that People’s Champ can turn lead to gold. Filming of Titan Games starts in September, while the premiere is going to be in January 2019.

All of you who are interested in applying for participation in Titan Games can do that if you follow this link.

As for Dwayne Johnson, before filming of TG he will work on projects such as Jungle Cruise which starts filming this month, and Fast & Furious spin-off Hobbs & Shaw which will enter production in late August. As you can see, The Rock is running on a tight schedule. His next movie set to premiere in July is Skyscraper.