Chadwick Boseman appeared in Captain America: Civil War as one of the superheroes called the Black Panther and he wore an awe-inspiring suit.

However, every his scene was filmed in computer graphics as it was stated in the commentary on the Captain America: Civil War Blu-ray DVD.

No, Chad Boseman was not filming the movie without any clothes. He did have a specially designed costume which he used on set.

Directors Joe and Anthony Russo discussed with the screenwriters Christopher Markus and Stephen McFeely that they only made a suit to help them create visual effects which are shown in the movie.

Joe Russo said via Sceencrush:” [They] really did a ton of work on that outfit. I mean, we had an outfit that we used on set. It’s impossible when you’re talking about an otherworldly outfit like the one that the Panther wears, which has a certain luminescence to it because it’s made of a woven metal. We could never afford to construct an outfit like that that an actor or a stunt player could move around in without sweating to death or that would capture the luminescence that we need. So what we ended up doing in post is ILM came in and painted over Chadwick and the stuntman. The outfit is completely CG.”

Speaking of the suit, it is possible that the same approach will be used for the Black Panther movie. It remains to be seen. 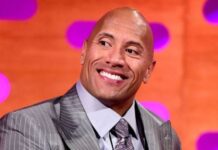 Dwayne Johnson To Appear On The Graham Norton Show 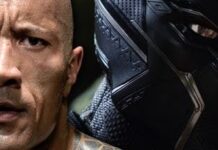