Vape, or e-cigarettes, are devices that heat vaping juices. The liquids are vaporized and then inhaled. When first launched, the vaping juice would normally be a concoction of water, nicotine, flavorings, and propylene glycol or vegetable glycerin base.

Vaping was initially touted as a healthier alternative to smoking, and a means of helping people quit smoking. It has since evolved into a global trend that goes beyond nicotine. In the following paragraphs, we’ll take a quick look at how the vaping market has evolved, and if vaping can be part of a healthier lifestyle.

Vaping is a $2 billion industry. According to some estimates, the number of vapers worldwide is set to reach 55 million by 2021, which means it will continue to grow. On top of that, the industry is diverse.

Over 460 companies are selling vaping products in the US. The range of vaping paraphernalia and the quality is variable. Much the same could be said about the standard of vaping liquids. It is easy to understand how, in a market with lax regulation and varying quality standards, problems can arise.

The CDC reports over 2,000 reported cases of e-cigarette, or vaping, product use associated lung injury (EVALI) with 39 confirmed deaths as of November 5, 2019. The FDA has called on all consumers to stop using any products which contain THC, a compound suspected to be responsible for the epidemic.

With all this information swirling around the internet, the question needs to be asked; can vaping be part of a healthier lifestyle? Just as importantly, how can you vape safely?

Cigarettes contain up to 7,000 chemicals, including nicotine. Meanwhile, nicotine vape juice contains a handful of chemicals. When you smoke a cigarette, you are essentially inhaling smoke. This mixture of chemicals and tar is inhaled. The tar lines your lungs. Vaping liquids, on the other hand, are primarily a mixture of oils and water vapor.

The health benefits of e-cigarettes over smoking appear obvious. However, we haven’t had a lot of time to study the effects it has on humans. E-cigs are younger than Greta Thunberg! While it is rational for us to think e-cigs are safer and healthier than smoking, we have to bear in mind that there are not as many scientific studies on the subject.

So does this mean vaping can be used to quit smoking? Well, nicotine is the component in tobacco that causes addiction. Initially, vapes were meant to help chronic smokers for whom other means of quitting failed. Making the swap from traditional cigarettes to e-cigarettes, even if they contain nicotine, causes less negative health effects in the short term.

If you consider using vapes to quit smoking, note that you can control the amount of nicotine you inhale. So you could even wean yourself off slowly to avoid nicotine withdrawal. So you could gradually decrease the amount until the addictive chemical is banned from your body. When you do start non-nicotine vaping, it will not be an addiction, but an act of pure will.

Energy vapes, most popularly in the form of caffeine, are being endorsed by influencers. They offer a faster hit than drinking a cup of coffee as the vapor is absorbed directly through the lungs into the bloodstream.

Health experts have raised concerns about risks associated with consumption. Vaping can irritate the lungs. Meanwhile, caffeine can cause overstimulation of the heart. However, some counter that because the caffeine is delivered much faster, we are likely to stop inhaling once we feel sufficiently buzzed.

Another rising trend is vaping essential oils. Called “personal diffusers”, it is more or less a spa-in-a-stick that many users find relaxing and therapeutic. Essential oil vape juice contains no nicotine, and some producers even suggest that you don’t inhale them completely. You can visit this site to find out more.

Critics have argued that overheating some essential oils causes it to degrade into volatile organic compounds (VOCs), which are harmful. This, in turn, has resulted in the promotion of vaporizers with heating elements that do not reach the temperature, which results in the creation of VOCs.

Designed for the health-conscious, vitamin vapes promise an alternative method for getting nutrients with just a couple inhales. There are at least 20 companies promoting a range of valuable vitamins. These include options like vitamin B12.

Vitamin B12 is attractive to the vegan community as they do not get the essential vitamin B12 due to their diet. Vaping claims to be more efficient than oral consumption though you should always conduct your own research before purchasing any product.

Vaping is no longer just a means to help smokers quit. It has evolved into an industry that satisfies a diverse range of consumer demands. Whether you want an energy boost or stress beater, the vaping world has something to offer you.

As the industry has ballooned, regulation has struggled to catch up. In such a market, it is important to ensure that you conduct your own research prior to making a purchase and only buy from reputable companies. Ultimately, you are the one that gets to decide whether or not vaping can be part of a healthier lifestyle. 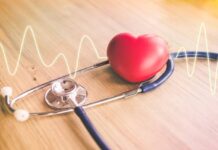 How to Reduce Risks of Heart Failure – Useful Tips & Tricks 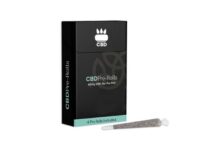 Outstanding Reasons to Get a CBD Cigarette Box 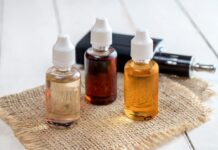