In the first game of tonight’s Monday Night Football, double header the Washington Redskins will be led by Kirk Cousins and will host Big Ben and his Pittsburgh Steelers. The key matchup in this game? Antonio Brown and Josh Norman.

Brown is widely considered as the best Wide Receiver in the NFL as he led the league in total receptions last year with 136 catches, just like Julio Jones of the Falcons. But he did not even have Roethlisberger for five games and yet he was able to record 1834 receiving yards.

On the other hand, Josh Norman was one of the best defenders on that Panthers’ squad that went to the Super Bowl last year; he was their true Wide Receiver stopper as he was always able to pick up opponents’ best wideout and hang with him throughout the game.

He made the move to Nations Capital, and now he is a member of the Washington Redskins. There were some reports that he was getting beat in the practice by 2nd stringers. We’ll see if he is able to slow down Antonio Brown just a little bit.

Norman will for sure be the one who will be lining up in front of AB84, and it should be a fun matchup. The Steelers and their high-powered offense should be the favorites in this game, but the defending NFC East champions will have their say in this game as well.

Pay attention to this Norman – Brown matchup. It will be the most interesting one to watch that is for sure. 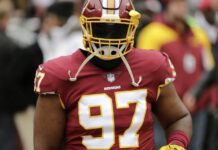 Could Cowboys Bring Back One Of Their Own? 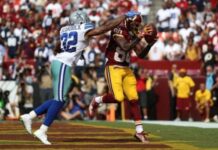 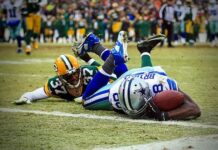