Opptrends 2021
Home Technology How Can Facebook Inc (FB) and Google Combat ISIS Without Having to... 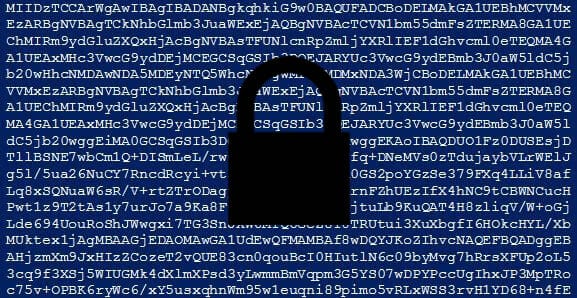 Law enforcement agencies, such as the FBI, have requested social media companies (Silicon Valley firms) to provide them with a way through their encryption. FBI thinks that this will help in overseeing activities that take place on these social media sites in the hope of reducing ISIS terror attacks.

Anyone would understand why these technology companies are refusing to grant FBI this wish. Compromising their encryption for these security agencies could end up disastrous.

But there are ways Facebook Inc (NASDAQ:FB) and Alphabet Inc (NASDAG:GOOG)’s Google can deal with the online influence of ISIS without having to compromise the security of subscribers. According to David Talbot of Technology Review, breaking the encryption is not the solution.

Talbot was polite enough to recognize that Google has removed the horrific videos of the beheadings and other malicious acts by ISIS from YouTube. However, he pointed out the fact that Google has not been efficient in removing links to these videos from the searches. Such videos can still be viewed.

Facebook, on the other hand, can combat ISIS by profiling all its user’s so that security enforcement agencies can easily recognize people that are likely to be radicalized. Talbot continued to explain that Facebook has complex algorithms that have in the past been efficient in knowing that a user is pregnant, way before they make it known to their friends. For this reason, Facebook should have algorithms that could easily detect someone who is likely to be an ISIS recruit.

“Facebook’s CEO, Mark Zuckerberg, has in the past pointed out that his company is willing and capable of making interventions to; reduce and prevent crimes such as suicide, inspire and encourage people to donate organs, blood, and money to the poor and inspire people to vote,” Talbot explained.

He continued to give a practical example, “Facebook’s interventions in are real and have proven to work in the real world. The voting suggestions by the company made more people go out to vote.” Talbot’s point is that Facebook can be used as an avenue to determine individuals that are likely to fall victims to the cunningness of ISIS.

Talbot’s point of view is great, but it may raise privacy concerns among the users of social media sites. It can be terrifying when the FBI or CIA knocks the door of your house simply because you updated a post that fell on the wrong side of the anti-ISIS algorithms. However, his idea is better than Facebook having to break the encryption.