Esports, despite the enormous size of the industry, can still feel very new to a lot of us. It’s such a new phenomenon, relatively speaking. For those of us in the betting world, you have to wonder if this new craze provides any kinds of benefits. What does esports have to offer the rest of us? Well, esports certainly has many benefits as a medium including but not limited to the betting opportunities. As I said, it’s such a huge industry that you can be sure there’s a lot of benefits to be had. Let’s take a look at a few of those. 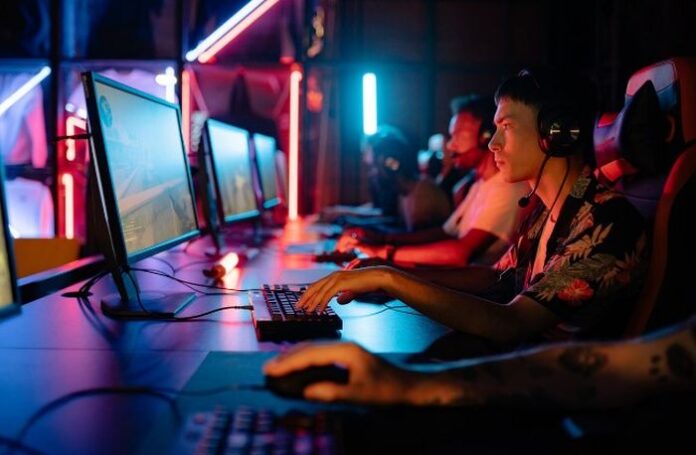 The most basic and fundamental aspect of esports, from our point of view, is that it simply expands the world of competition in a huge way. These tournaments and competitions sometimes involve just as much money and intensity as the biggest global sporting events, and in that way, they open up a wider world of competition to people who otherwise might not be able to compete.

Whether it’s Battlefield, Overwatch, Rocket League or Street Fighter, more or less any well known (and scores of lesser known) game will have a vibrant and active esports community. This means that anyone who enjoys those games can set their eye on the big competitions, and drive themselves to compete at the highest level.

For the players, whether casual or not, derive great benefit from the esports leagues.

What we’re really interested in is the betting, of course. Esports itself is worth tens of billions of dollars collectively, and tournaments run all over the world on pretty much any game you can imagine. It won’t surprise you to learn, then, that the betting industry associated with esports has grown to similarly huge levels.

The betting alone is worth almost a billion dollars in the U.S., and isn’t far behind in the UK. Esports are just as competitive as ordinary sports, so there’s no easy money here; but if you’re willing to follow the games and keep an eye on which players look good, there’s plenty of wins to be made gambling on esports.

There are lots of ways to bet on esports, and the simple fact is that more and more established platforms like Betfree are bringing esports under their umbrella. If anything, not betting on esports would be the crazy thing to do at this moment.

For those of you who haven’t ever watched any kind of esports, the appeal might be difficult to see. Many people have had the same attitude to live videogame streaming for a long time: why would I want to watch someone else playing a video game?

Well, for the same reason you might watch someone else play any sport! Many punters have come to learn that watching an exciting esports tournament is just as heart-pounding and nail-biting as the excitement of live sports, and esports provides such an enormous variety of events to watch that you’re bound to find something you enjoy. Of course, the stakes are always raised when you’ve got money on the game.

However, if you’re someone who likes a lot of different events, then you’re bound to find something in the esports world that appeals to you. There are so many different games and tournaments that you can watch remotely. Esports provides an entirely new medium of spectator sports, and if you find the right game for you, is so much fun to watch. Give it a try, see how you like it.

Traditional sports attract viewers over the age of 15/20 but with esports the audiences are getting younger than ever, some kids are now following the top esports racing teams, their favourite esports stars and purchasing merchandise from those teams. With the ease of access that esports offers, these new competitions are reaching new regions around the world. Viewers in third world countries who may not have been able to watch football or others sports in the past due to the fact they didn’t own TVs can now watch esports on their phone or tablet devices, that start at a much lower price point. Markets such as Asian have seen a huge increase in viewership, as competitions and prizes offered bring esports in line with the traditional sporting events.

Monetizing these new regions and audiences has also changed how esports work compared to traditional sports. One huge income stream generator for esports teams is merchandising. Teams work on creating a unique brand/identity and from this they design clothing and other types of merchandise that fans around the world love. Alongside merchandise, esports teams and stars have turned to sponsorship. Watching esports events you will see the logos of gaming companies, energy drinks and now even clothing brands amongst the top sponsors.

As mentioned above esports generates huge prize money, with huge audiences willing to contribute to the prize pool for players. Sites like Statista predict that by 2024 there will be almost 600 million esports viewers, up from 400 in 2019, and this is a trend that is set to continue. In 2022, Dota 2 had $47.2m in prize money awards, more than doubling the second biggest game CS:GO which offered players $21m. So what drives these massive figures? One of the biggest contributors is the fact that these esports events attract such huge viewership numbers and most importantly, the fact that advertisers can pretty much guarantee that those watching esports are interested in computer gaming themselves, and everything that goes with that.

Computer manufacturers, component makers, games companies and clothing brands all see a pretty captive audience and as such are willing to fork out large amounts of money to reach these audiences. Compare this to say football, where it isn’t as likely that someone who watches football will player the game themselves and thus advertisers have a tougher job receiving a return on their advertisement investment.