The offseason started for Cowboys the moment they lost to Seahawks and were hit by the no-playoff reality. But the real moves that will set the tone for the franchise’s 2018 year will happen in the upcoming months. One of the pressing questions that need to be resolved is the contract of David Irving.

During the last there years Irving’s path went from a practice squad player to one of the best DE on Cowboys roster. He has the potential to be one of the most destructive linemen in the league. And at 24-years old he also has his best years ahead of him. But, can Dallas franchise retain him?

When free agency starts on March 14, he will be an unrestricted free agent. America’s Team will most likely put a second-round tender on him. This means that if any squad makes an offer for Irving Cowboys could match the highest offer and retain him, or if they decide not to they will receive a second-round pick in return. If Big D franchise chooses to keep Irving with a designated second-round tender, his salary (fully guaranteed) would be $3 million. Keeping the player of Irving potential and already established quality for $3 million would be the most bargain deal of 2018, so why don’t Cowboys sign him to an LTD?

Well, like it’s the case with many other players this man’s past is not something he can be entirely proud of. Back in his college years at Iowa State, he was suspended due to participating in student riots. In months before that event, he was charged with domestic violence. The charges were later dropped. During his professional career, he also wasn’t shy about getting into trouble. Last season he missed four games at the start of the season due to PED policy violation. He missed additional four matches due to a concussion. During his absence while injured, he said that issues with memory loss and headache were an everyday occurrence for him. In his three-year tenure with The Boys, Irving missed ten games.

According to Cowboys representatives, they have started contract negotiating with Irving’s agents, and it isn’t expected for the process to be quickly ended. They intend to retain Irving not only for the next year but for the future to come. If Dallas wants him, they will probably need to cash in for this guy. Second round pick is not enough for a player of his quality, neither is $3 million per year. 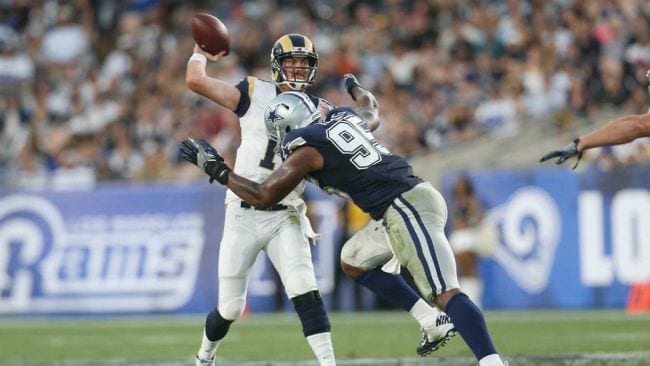 Interestingly Dallas Cowboys have the same situation with DeMarcus Lawrence. After a breakout year in 2017, he’s in for an extension. But, same as Irving he also had injury and PED issues in the past.

Regardless of their problems, both players are regarded as the future of the franchise. And if even one of them leaves in free agency, they will be hard to replace.

The Lawrence-Irving combo is something Cowboys were looking for years. The ideal scenario is to keep them both. And with two war daddies on the team, Dallas could get a new nickname. Maybe one borrowed from Jacksonville.

Richard Orland - October 3, 2022 0
Personal Injury Law Personal injury law is the place where people turn to when they are wronged by someone else. People get into accidents in...