The free agency has started, and it already can be considered as one of the busiest ever. The players are on the move across the country, the visits are being scheduled and contracts penned. As it was expected, quarterbacks signed the most lucrative deals, but wide receivers are also in high demand.

Unexpectedly the teams are ready to commit large sums of money to veteran WR’s and some who still haven’t proven themselves on the highest level. And as we say in every NFL related article, Dallas Cowboys haven’t made a single move.

But unlike Cowboys other teams make moves, and some of them have a domino effect. Oakland Raiders signed Jordy Nelson to a two-year $15 million contract with $13 million in guarantees. After they completed his deal, they released Michael Crabtree, who had two years left on his contract. His salary carried a $7.7 million cap hit in 2018 and $8.2 million in 2019.

Michael Crabtree to Dallas Cowboys has that touch of logic to it. He’s a product of Dallas Carter High School who earned All-American Honors at Texas Tech back in 2007 and 2008. Crabtree is also what America’s Team needs in the passing game. Experience, safe hands, and playmaking ability. But, his salary might be an obstacle. His current wage is the one he earned a few years ago. Now, Crabtree is 30, his production is in decline, and his on and off-field behavior is questionable. With all of this Dallas could get a hometown discount.

But, even with all of the above, the wide receiver market was too generous to players this year. You could even call 2018 a year of the receivers. There’s isn’t a single WR free agent that didn’t get paid. Sammy Watkins signed with Chiefs for $48 million over three years. This comes after he’s had a down year and only one season with over 1,000 yards in his career. Also, he will be a receiver No2 in Kansas City. Allen Robinson signed with Chicago Bears on a three year $42 million with $14 million guaranteed. He missed entire 2017 season with torn ACL. 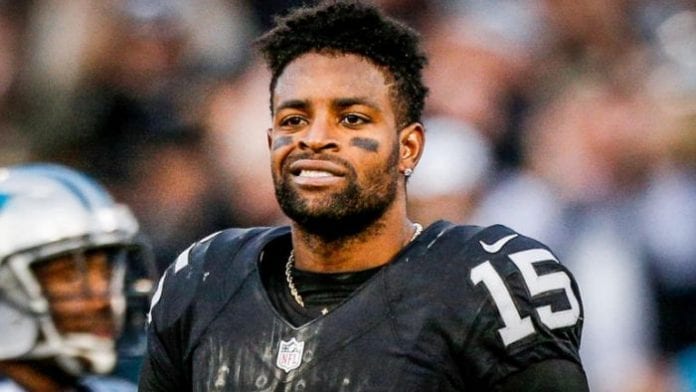 And then you have Jarvis Landry who was franchise-tagged by Dolphins for $16 million, only to be traded to Cleveland Browns. He leads the NFL in receptions in the last four years, but the rest of his stats aren’t as impressive. At least not for $16 million per year.

This brings us to the conclusion that as much Dallas needs Crabtree and as much as Michael would fit in Dallas, the money will be an issue. With wide receiver market as it is, he will be able to get a multi-year contract in the region of what he had in Oakland. And that’s something Big D franchise can’t offer him. Even with a hometown discount, it wouldn’t be a close call.