What you can see right here is the Cable cover, a work of artist Ariel Olivetti. As we all know now, the actor who will be taking on a role of Marvel’s famous character is Josh Brolin. Many people consider that Cable as a villain in the movie will make an excellent adaptation. But, he is believed to be the most mysterious and troublesome character in Deadpool. And if you let someone try to inform you or explain you Cable, you will him find hard to grasp for certain.

In short, he is in charge of being a leader of mutants completely different from the way in which Professor Xavier leads X-men. Soon, as opposed to X-men we get a well-known X-Force.

His story stretches from highly captivating to the part in which it gets a hilarious note to it. So, he is the son of Cyclops and Madelyne Pryor. They sent him into the future in order to protect him, and there he grew up, but unfortunately, he also grew old. Then, he found a ship that can travel through time and he used it to prevent the distant future from happening.

The Cable of 1990 had a huge impact on many superheroes that were conceived at the time. It was not only his action that made him so distinctive, but his style also, such as big shoulder pads, leg pouches, and small feet. And back then, Cable was created by artist Rob Liefeld who was very successful at what he was doing.

So, basically, the Cable’s arrival to Deadpool is considered to be highly interesting and changing in the sense of a tone and the original concept. It will bring aboard a certain dose of humor and comedy, but also a new story to it. Apart from this, this will be the second “dipping” in Marvel that Josh Brolin is making. We’ll see how he managed to take on this role. 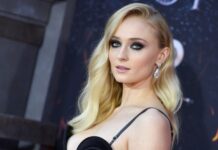