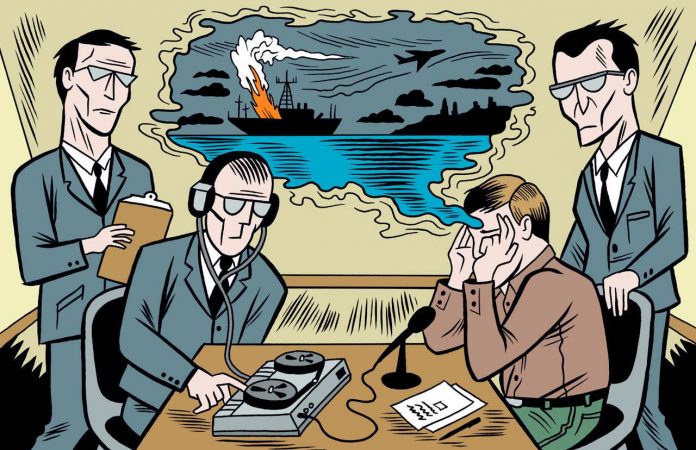 “I’m tracking severe, severe clouds, more like a dust storm, ah…it’s geologic problem. It seems to be like ah…Just a minute, I’ve got to iron this out. It’s really weird”.

The above statement, spoken by psychic Joe McMoneagle, reads like a bizarre weather report. However, the real ‘image’ that McMoneagle is describing is even more bizarre.

The statement is actually an excerpt from a fascinating experiment conducted on McMoneagle by the CIA in 1984. At the time, the government was developing its ‘remote viewing’ capabilities. ‘Remote viewing’ is a psychic ability where the ‘viewer’ focuses on a distant ‘target’ and can see it. That ‘target’ can be anything, anywhere, at any time – past or present.

In this experiment, McMoneagle wasn’t challenged with ‘viewing’ the Dust Bowl or a tornado. He was actually tasked with ‘viewing’ something stranger: Mars over 10 million years in the past.

McMoneagle’s perceptions of Mars are quite outlandish. However, after comparing his statements to what scientists at NASA already know about the planet, it doesn’t seem entirely crazy. Before delving further, here’s an introductory overview of what exactly remote viewing is from the best online psychics which you can see here.

How Does Remote Viewing Work? Help From The Best Online Psychics

How could Joe McMoneagle actually use his mind to ‘see’ what Mars looked like? There are several resources that can help explain how it works.

The International Remote Viewing Association defines remote viewing as, “a mental faculty that allows a perceiver (a “viewer”) to describe or give details about a target that is inaccessible to normal senses due to distance, time, or shielding.”

In McMoneagle’s case, he is the ‘viewer’ and Mars was his ‘target’.

Remote viewing was actually developed specifically by the CIA during the previously mentioned Star Gate Program. Because it is rooted in the military and science, it is naturally one of the more technical psychic disciplines. With that comes very structured protocols and rules for each session.

Scientists theorize that remote viewing is not a “dream” or “trance-like” state, but is rather a “hyperconscious state”. This allows the viewer to “tune in to specific targets within the universal consciousness of which all people and all things are a part”.

McMoneagle’s Vision of the Red Planet

Taken from the official transcript, McMoneagle appeared to find Mars in the middle of a catastrophic disaster. He said,  “I’m looking at, at a…after effect of a major geologic problem”.

He also claimed to see signs of human life on the planet. Speaking again during the experiment he said, “……I’m seeing ah …It’s like a perception of a shadow of people, very tall…thin, it’s only a shadow. It’s as if they were there and they’re, not there anymore”.

He also claimed that the people wore “some kind of strange clothes”, perhaps made of “silk”.

McMoneagle also went on to describe that the “ancient” people were “dying” and that it was “past their time or age”.

Are McMoneagle’s Visions Similar To What NASA Already Knows About Mars?

NASA does not publicly use services from the best online psychics to study the planet and its ancient past. However, McMoneagle’s perceptions do fit the science community’s current narrative of the planet.

It is general knowledge that Mars is likely the only planet in the solar system that could accommodate human life. Today, scientists describe its natural environment as “harsh”  and “desert-like”. Its atmosphere is also very thin. However, because its soil does contain water extract, this makes it possible for human-like beings to survive there.

Additionally, when NASA sent rovers to Mars, they actually found evidence that in the past its atmosphere was likely thicker. It also likely had a warmer, wetter climate. This environment would have been much more habitable then than it is today.

Given this, McMoneagle’s visions of the planet cannot be totally ruled out. Human-like beings could have very well lived there. However, it will take much more time and research to be completely sure. 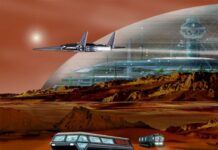 A city of million inhabitants on Mars by 2100? 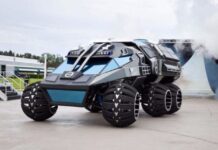 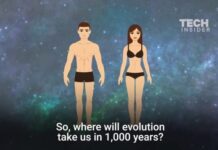