Popular pop-singer had a concert in Detroit where she met Serbian giant who plays for local NBA team the Detroit Pistons. Jelena Karleusa, the wife Dusko Tosic who is a football player for Besiktas and Serbian national team, traveled to the United States where she has a scheduled tour and the first show, of many to come, was held in the largest city in Michigan state. That’s where’s she met up with famous Serbian basketball player Boban Marjanovic.

The two of them wanted to immortalize this moment, and there’s no better and easier way than to take a photo. Jelena, or as how she is referred in Serbia “The Diva” doesn’t like to be inferior to anyone in any segment so to be of the same size as 222 cm tall Bobi she posed for the photo while standing on the chair. This small trick made the singer standing shoulder to shoulder with one of the NBA’s tallest players.

According to anonymous sources, Karleusa is 180 cm which counts as nothing in comparison with Marjanovic, but the chair did the trick. Bobi’s wife also posed for the photos, and while she is a fan of her husband we don’t know is she a fan of the singer.

This photography is not the first time that Bobi takes a picture with one of the singers from Serbian Pop scene which probably means that the player is a big fan of the genre. Bellow, you can see him posing with Rada Manojlovic, Dragana Mirkovic (Queen of the Serbian Folk music), and CECA (who is arguably on of the biggest stars on Balkan and at the same time the Jelena Karleusa nemesis). 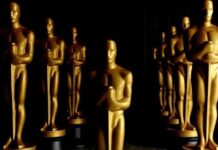 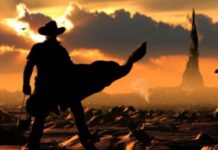 What awaits us from the movie scene in August 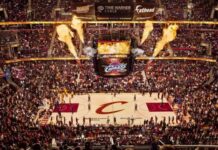